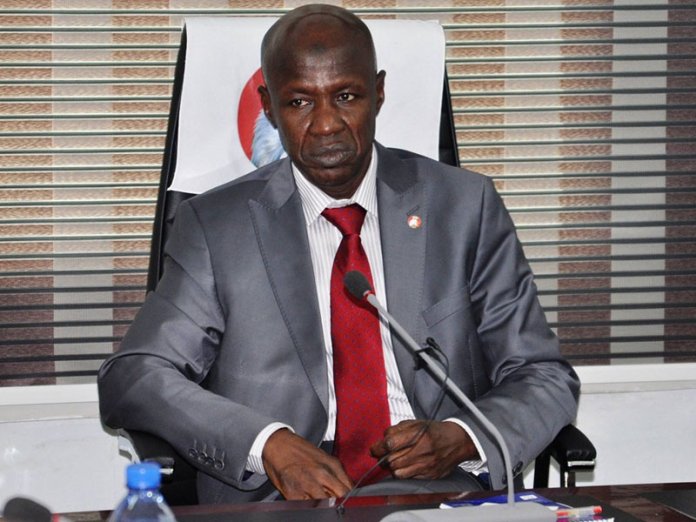 The suspended acting Chairman of the Economic and Financial Crimes Commission (EFCC), Mr. Ibrahim Magu, is awaiting the decision of the Justice Ayo Salami-led presidential panel on his request for a copy of allegations of financial malfeasance and insubordination leveled against him by the Attorney-General of the Federation and Minister of Justice, Mr. Abubakar Malami.

Counsel to Magu, Mr. Wahab Shittu, last week wrote to the panel, demanding a copy of the 21-point allegations against him written by the Justice minister.

But speaking to THISDAY at the weekend, another Counsel to Magu, Mr. Tosin Ojaomo, said Magu was awaiting the panel’s decision on his request.

He said Magu was waiting for the panel to meet his demands.

“You saw the letter we wrote to the panel. We are waiting for the panel to meet our demands. That is the only update for now,” he said.

Magu in a 16-point letter signed by his lawyer, Shittu, a copy of which was made available to THISDAY last week, had complained that despite his request, he had been denied access to copies of the allegations against him.

He, therefore, demanded a copy of the report of the Presidential Audit Committee; a copy of the memo of the AGF to the president and individual petitions submitted to the panel.

“Our client observes that rather than being afforded copies of the allegations against him, some of these allegations are flying [a]round the social media platforms with prejudicial consequences,” it said, adding: “our client requests that these allegations be formally served on him to enable him [to] respond to the same immediately.”