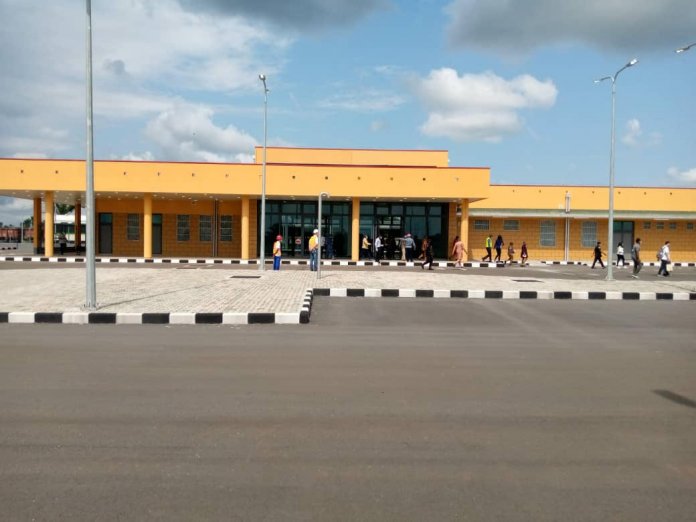 The Minister of Transportation, Mr. Rotimi Amaechi, who made the announcement on behalf of Buhari said the ministry had begun to test-run coaches purchased to ply Itakpe – Warri rail line that has just been completed.
Making the disclosure yesterday, Special Assistant to the President on New Media, Tolu Ogunlesi, on his Twitter handle, @toluogunlesi, quoted the Minister of Transportation, Mr. Rotimi Amaechi, as announcing the president’s decision.

“President @MBuhari has approved the naming of the Railway complex in Agbor – the operational hub of #ItakpeWarriRail Line – after former President @GEJonathan. It will be known as Goodluck Jonathan Railway Station & Complex,” Ogunlesi tweeted.

In the same vein, another special assistant to the president, Lauretta Onochie, on her Twitter handle, @laurestar, quoted the minister as announcing the kick-off of the test-run of coaches on the standard gauge.
She tweeted: “A few days ago, we announced that the test-run for the new coaches on the completed Itakpe-Warri route, would begin soon.

The Itakpe-Warri rail line which reportedly connects Agbor was initiated by the administration of Jonathan and executed by China Civil Engineering Construction Company (CCEC).

However, it was learnt that after the advent of the administration of Buhari, the contract was renewed afresh on the rail line. The Benin – Onitsha rail line is said to connect the Itakpe -Warri standard gauge.

Buhari’s decision to name the complex after Jonathan appeared to be a further appreciation of the former president’s peaceful nature which manifested in his unilateral decision to hand over power to him in 2015 after he was declared the winner of the March 28, 2015 presidential election by the Independent National Electoral Commission (INEC).

The president had at different fora acknowledged and commended the former president for his uncommon gesture.