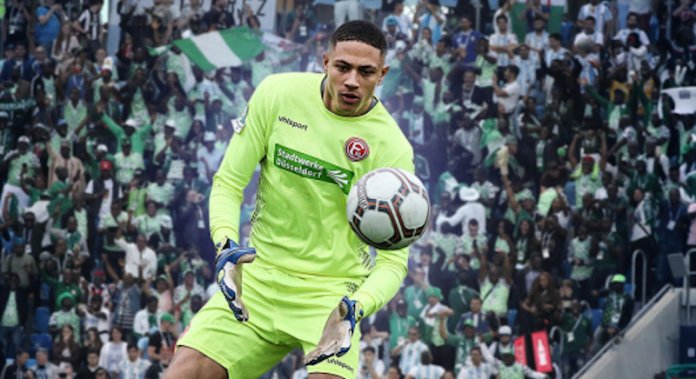 Okoye made his debut for Nigeria in an international friendly match against Brazil in Singapore last year.

The Dutch club made the announcement via the club website, stating that Okoye has signed a 2-year deal with an option same years of extension.

The team head coach was excited over the capture of 20 year old Nigeria international.

“With Maduka we bring in a great talent,” says Henk van Stee, “who has a lot of potential. He was in the interest of several clubs from different countries, but he believes he can take the next step at Sparta. We believe he can be of value to this club and are happy that he signed here,” he said.

The deal is subjected to medical that is expected to take place anytime from now.