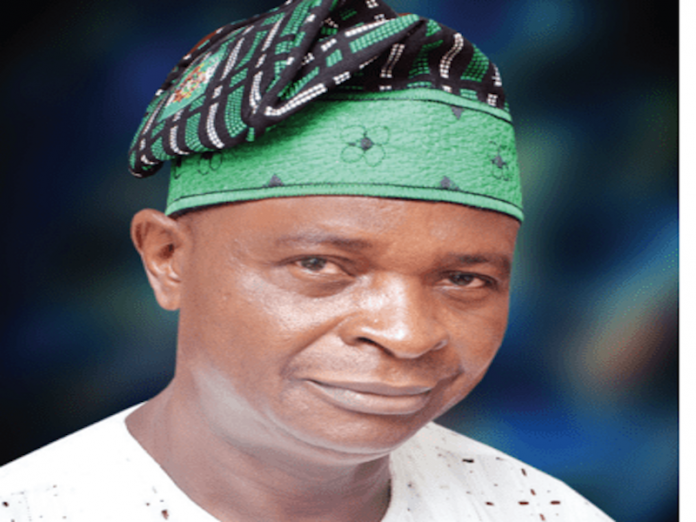 Forced to suspend some of its programmes due to the outbreak of the COVID-19 pandemic, the National Gallery of Art (NGA) adapts its new programmes to the current realities. Okechukwu Uwaezuoke reports

PARASTATAL
Shortly after he had assumed office as the chief executive of the National Gallery of Art (NGA), Dr Simon Odey Ikpakronyi showed early signs of hitting the ground running. During his first interaction with art journalists, he stated in clear terms that it would not be business as usual. At that briefing, which took place sometime in March last year, he rekindled the waning hopes of a befitting edifice for the NGA, among other things.
“I pinpointed the issue of lack of a befitting edifice for NGA as not only making it difficult for people to relate to what we do but appreciate the quantum of work we have done over the years,” he recalls. “I, therefore, made it clear that I will push relentlessly for a standard structure to serve as Nigeria’s National Gallery of Art.”

Also at that first meet-the-press encounter as the agency’s helmsman, Dr Ikpakronyi decried the fact that many of the NGA’s signature programmes had “been left in limbo” and promised to “resuscitate them”.
A year later, while commemorating his one year in office, the University of Nigeria, Nsukka PhD holder in art history had listed the programmes the NGA had executed under his watch – even as he promised to do more – in a publication, titled National Gallery of Art: 12 Months in the Saddle.

But then, neither he nor the members of his team could have reckoned with the intrusion of a pandemic (globally known by the moniker, COVID-19) which was already menacingly lurking around the corner. “And so we at [the] NGA were stopped in our tracks. Thankfully, with the gradual easing of lockdowns, we wish to restate our commitment to do more for the advancement of the visual art in the country while adhering to established protocols of the time we are in.”

On this note, he rolled out a series of new programmes – optimistically tagged “Post-COVID Programmes – “to reflect what the world is passing through”, in a press briefing held on Thursday, July 2 in Abuja.
Not surprisingly, the case for an edifice for the NGA was returned to the front burner as the first among the new programmes. The renewed clamour for the gallery would be invigorated by a retreat, which is billed to explore the possibility of both a short-term solution of having a temporary structure and the desirable long-term one of erecting a permanent structure.

“I wish to state without any equivocation that Nigeria is one of the few countries in Africa and the world at large that does not have a befitting edifice as its National Gallery of Art,” Dr Ikpakronyi argued. “The result is that most of the artworks in its national collection are kept in unconducive environment and artists have limited spaces to exhibit their works among the few private galleries around.”
Clear implementable timelines should be a major outcome of a retreat that would unite National Assembly members, representatives of the Federal Ministry of Information, Culture and Tourism as well as other stakeholders in a common cause.

“We are hoping that the National Assembly should be able to make budgetary allocation for the edifice in the next budget cycle,” Ikpakronyi added. “We are also hopeful that our honourable minister will liaise with the FCT minister to fast-track getting a sizeable portion of land in the Central Business District, Abuja to NGA for the proposed edifice. This will rub off positively on visual artists who will now have alternative spaces to exhibit their works. More: the government will begin to earn revenue as fees will be charged visitors who come to view the exhibitions. Also, the sculpture garden will be available to sculptors for their work. These are among other benefits.”

Also not surprising is the inclusion of new publications and exhibitions in the so-called post-COVID programmes. For both have been the gallery’s forte and stock in trade since it was established in 1993 in a nod to the country’s cultural policy, which is a fallout of the UNESCO document on the World Decade for Cultural Development (WDCD). Indeed, the National Gallery of Art (Amendment) Act 2004 lists “organising permanent and temporary exhibitions” as well as “sponsoring and encouraging research into all aspects of [the] arts”, “establishing and maintaining a documentation centre on [the] arts and artists” and “promoting excellence in the theory and practice in [the] arts through the award of grants to artists and arts scholars”, among the gallery’s responsibilities.

This should explain the gallery’s plans to celebrate the modern Nigerian art scene’s biggest names – Aina Onabolu, Ben Enwonwu and Clara Ugbodaga-Ngu – in one publication as The Three Irokos. The book on these artistic trailblazers, it is hoped, will be presented to the public in Lagos alongside an exhibition featuring some of their works.

Still on the gallery’s planned publications, the public presentation of another major book, this time on two frontline Benin artists – Princess Elizabeth Olowu and Ellis Erimona – will be held in Benin City at the same time as an exhibition of the artists’ artworks. Seventy-five-year-old Olowu is a sculptor, who works in bronze, and a daughter of a former Benin monarch, Oba Akenzua II. A 1981 University of Benin MFA holder, her thesis was titled “An Investigation into the Benin Cire Perdue Casting Technique”.
Erimona, an Ahmadu Bello University, Zaria-trained sculptor, has executed many commissioned works – including the Shaka Momodu monument in the Edo State town of Irua and the life-sized bust of Chief Edo Osagie – in his Edo State.

There will also be a book on the Ahmadu Bello University, Zaria-trained renowned scholar and painter, Kolade Oshinowo, whose public presentation will also be complemented by the exhibition of some of his works in Lagos. The presentation of this book, previously planned for his birthday in February when he marked his 72nd birthday, has been moved to sometime before the end of this year when it failed to hold as planned due to unforeseen circumstances.

Oshinowo, who never abandoned his studio practice even while he taught art at the Lagos-based Yaba College of Technology, is one of Nigeria’s most celebrated artists, whose works have attracted respectable hammer at the Arthouse triannual auctions.

Two other books – A Song for Abayomi Barber and Unveiling the Osogbo Artists – will also be presented to the public in Lagos before the end of the year. While the book on Abayomi Barber, one of the foremost informally-trained Nigerian artists, will be presented during his 92nd birthday sometime in October, a standardised book on the Osogbo artists, who were products of workshop experiments organised by the late Ulli Beier and his wife Georgina, will be unveiled at a specially-organised public event.

Dr Ikpakronyi also announced a planned meeting with the Society of Nigerian Artists officials and ex-officio members, which he said is intended “to chart a way forward”. According to him: “NGA is hoping to collaborate with the apex artists’ body with a view to repositioning it to its glory days. A package on this is being worked out to be presented during the event.”

Bringing up the rear among the main “post-COVID programmes” are the exhibitions. First, there will be a Lagos Quarterly Art Exhibition, which will be an opportunity to showcase some of the artworks in the gallery’s collection to the public at the Aina Onabolu Gallery on the National Theatre grounds in Iganmu and thus expose them to fresh air. In addition, the gallery hopes to feature some of the artworks produced by artists during the lockdown in other exhibitions.

Such programmes as the National Symposium on Nigerian Art, Stakeholders Forum, National Visual Art Competition, Art Teachers Exhibition and Rainbow Art: Unlocking Creativity have, on paper, also been scheduled to hold before the end of the year.
Meanwhile, in a nod to the realities of the times, Ikpakronyi pledged that the gallery “will stick to the safety protocols as enunciated by the Presidential Task Force on COVID 19: physical and social distancing; a limited number of people to the venue; compulsory wearing of face masks and use of hand sanitisers and temperature guns.”