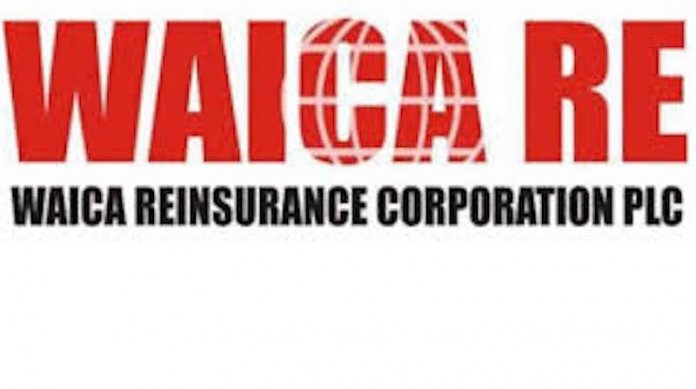 WAICA Reinsurance Corporation (WAICA Re) said it closed its 2019 financial year with a gross written Premium (GWP) of $70 million, showing 21 per cent growth from 2018 figures.

The reinsurance firm, also achieved a profitability of $9.5 million, which represented a profit growth of 38 per cent, even as its Total Assets remained strong at $137 million and a shareholders fund of $89 million.

The Group Managing Director of the company, Mr. Abiola Ekundayo, in a recent statement on the company’s business outing in 2019, said of all the classes of insurances written by the company during the period, the accident class generated the highest net income for the group with over $4 million.

He said the firm, has expanded its operations across West Africa, East Africa, North Africa and Southern Africa, whilst writing reinsurance businesses from Africa and beyond.

The company, he added, has grown from a zero gross premium to $70million in 2019 and still continues to grow.
He added that WAICA Re, has during the period also submitted itself to credit rating with both AM Best and GCR Ltd, while currently having an AM Best FSR rating of B+(Good) and an ICR of bbb-, with stable outlook for the ratings.

On Covid-19 and its impact on insurance and reinsurance business, he said, WAICA Re’s operations have been limited in terms of physically connecting with its clients, due to the travel ban and restrictions, as well as social distancing and other preventative measures.

He, however, stressed that technology has enabled the firm interact effectively with existing and potential clients virtually online, adding, “we are also able to work 100 percent remotely from home (activated as part of our business continuity plans) and we are certain that these measures have forestalled any stiffening of our operations.”

“At the core of WAICA Re are the people that drive the systems and processes. Our people are our strongest assets. In addition, the strong capital base, efficient ICT and the trust we have built over the years (as a reliable partner to our stakeholders) are what make WAICA Re strong,” said Ekundayo.

He re-assured all stakeholders that WAICA Re has been positioned for continuous growth and improvements and that it was ready to do more to ensure stakeholders were adequately covered and compensated.