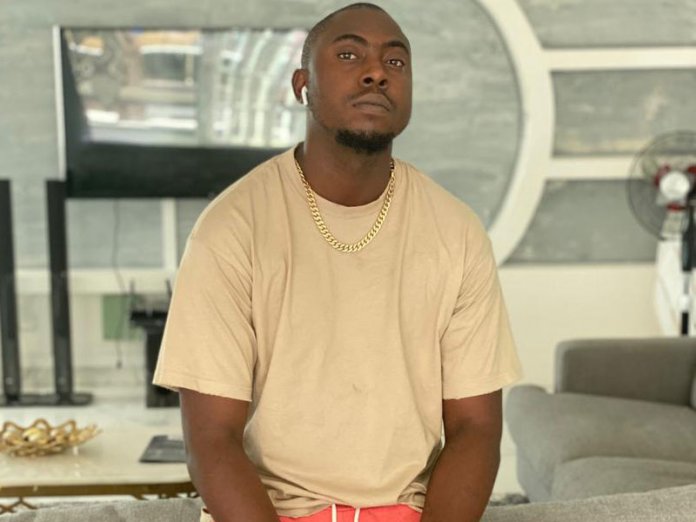 While Nigerian song writers and singers continue to massage and spin music lovers across Africa and the globe with soulful rhythms, a newbie in the music industry, Osa-Omoregie Rich, has joined the bandwagon. He is a born singer that Nigerians and the world should look out for.

Rich, whose stage name and positive smashes is Golden Boi, is spreading his music wings and ready to fly with his first single, ‘Pick Up’. He hopes to, with the power of his soft music, reunite couples and loved once.

“This song is also calling on women to give their men chance to love them better. When you listen to Pick Up, you’ll be captivated,” he expounded.

Indeed, Golden Boi canvasses love as the central theme of his music. He sees it as quintessential to spice the world into a safer and more peaceful place again especially with the pandemic and swift hysteria following on its heels.

Golden Boi enthused, “I’m advocating for love as best substitute for hate, stride and divorce. Love is always the panacea to all problems worldwide. I pride myself as an instrument of undiluted love.”

My vision, just like every other Nigerian artiste, is to bring joy and laughter to the faces of Nigerians. That’s the only way we can ease there hardship and problems in the country.

For the Edo state indigene, his choice of music is specially tailored for everyone. In his words, “There is something for everybody when it comes to blend of sounds”.

While the global economy of this year may be indecisive, Golden Boi says the encouragement has been amazing and the love from a few as been absolutely imposing.

His worries, “It is quite difficult right now as an upcoming artiste to get to the limelight because there are a lot of stars out there. However, everything falls down to believe, and when you believe it you can achieve it”.

Golden Boi, the love-singer, drools over all genres of pleasant music. Hence, he does a cocktail of music like: hiphop, jazz, rap, R&B, reggae, rock and roll and more to win all souls.

Today, Golden Boi has dropped four solos and about three collaborations where he featured artistes like Major B, Mykeelis, and Hazino among others.

Expressing that everyone needs someone to sharpen his skills, Golden Boi says he is no exception. “My mentor in the music industry is Busy Signal. He inspires me into putting my best foot forwards towards getting to the peak”.

While creating tuneful songs that will further make him musical royalty, Golden Boi is certain that not too long from now, everyone – small and great – will nod to his music.