The Nigerian Army has killed 46 armed bandits in Katsina State during a clash in Batsari Local Government Area of the State.

The fierce encounter followed a distress call from Yar Gamji town in the local council that armed bandits had invaded the area.

This is coming as air strikes killed many armed bandits in Sokoto State and destroyed many of their camps in the Kagara Forest of the state even as the Chief of Air Staff, Air Marshal Sadique Abubakar, said Nigerian Air Force (NAF) had deployed air assets in Sokoto, Katsina, Kaduna and Niger states in a renewed bid to contain armed banditry.

“The troops of Nigerian Army Super Camp 4 Faskari Operation Sahel Sanity on July 6, 2020 received a distress call of the invasion of armed bandits in Yar Gamji town in Batsari LGA.

“The gallant troops who were just inducted into operation responded swiftly to the call. The troops engaged the criminals and neutralised 46 bandits in the encounter while others escaped with gunshot wounds” a military high command said.

It said troops had begun an exploitation phase and have dominated the general area with aggressive patrols.

It said the subsidiary air interdiction operation conducted as part of efforts to rid the North-west of armed bandits, cattle rustlers, kidnappers and other criminal elements under the Defence Headquarters-led Operation Accord.

Speaking on the progress so far made in the operations, the Chief of the Air Staff (CAS), Air Marshal Sadique Abubakar, who has been in Sokoto to oversee the planning and launch of the operation, expressed satisfaction with what has been achieved in the day and night missions executed to smoke out the bandits from their camps within the Kagara Forest area of Sokoto State.

He noted that while sustaining the air offensive, the air component was working closely with ground troops to ensure that the armed bandits that escaped the aerial bombardments were mopped up on the ground.

Similarly, he disclosed that because the Kagara Forest extends to Niger Republic, there was also ongoing liaison with the Nigerien Authorities to ensure that the bandits do not escape through the international borders.

While assuring the people of Sokoto State, and indeed all Nigerians, of the NAF’s unalloyed commitment towards ensuring a secured and stable environment, the CAS emphasised that every Nigerian has a role to play, noting that all hands need to be on deck to ensure the peace and prosperity of the countrty. He further stated that security was not just about bombs and bullets but also about development. According to him, “security and development are two sides of the same coin and I am very happy with what the State Government is doing in order to enhance development of communities so that people can see that they have a stake in the system. With what we are doing and what State Governments are doing, the problem of armed banditry will soon fizzle out”.

Speaking further, Air Marshal Abubakar noted that the massive deployment of air assets to Sokoto State was to add impetus to operations in the state and its environs with a view to bringing the spate of criminal activities to a decisive end.

“With the number of platforms deployed for operations in Sokoto as well as the ones operating in Katsina, Zamfara, Kaduna and Niger states, you can be assured that all available resources have been mobilised to ensure that our society is secured and our people can go about their businesses without fear”, the CAS said.

editor - August 3, 2020 3:58 am
18
BY MAGNUS ONYIBE The bitter and sweet policies of gradually abolishing fuel subsidy regime and guided floating of the naira might have taken a long... 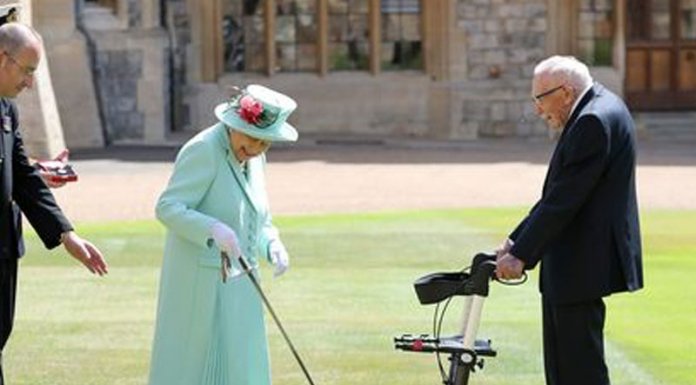 They Have Done Their Duty

Ayo Fasanmi: On The Side of Truth