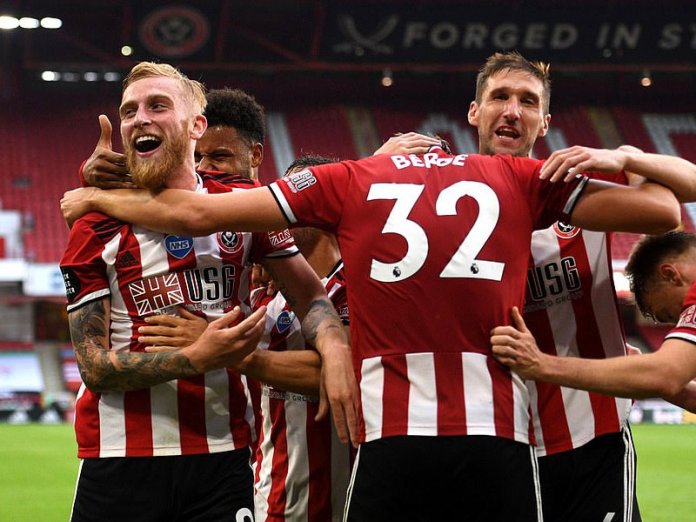 Sheffield United picked up their first win since the Premier League restarted as they produced a hugely impressive 3-1 display against Tottenham to keep alive their hopes of playing European football next season.

Sheffield’s record signing Sander Berge opened his account for the club with a neat finish in the first half, completing a fine, attacking move by the hosts.

Harry Kane thought he had equalised moments later but his strike was controversially ruled out by VAR because of a handball by Lucas Moura in the build-up.

Spurs were unable to mount a response after that as they struggled to break through a strong Sheffield United defence.

Instead, Chris Wilder’s men added a second midway through the second half when Lys Mousset turned in Enda Stevens’ cutback from close range.

And an ultimately comfortable victory was completed in the closing stages as Oli McBurnie swept in for his fifth goal of the season.

Kane, who had another goal ruled out for offside at 2-0, finally got on the scoresheet when he steered in Son Heung-min’s cross for his 13th goal of the season, but it was to be only a consolation strike.

Victory moves Sheffield United above their opponents into seventh in the Premier League, five points behind Manchester United and Wolves, who are fifth and sixth respectively.

Tottenham, who have not finished outside the top six since 2009, are ninth, seven points adrift of Wolves.

It had been a tough return to Premier League football for United, with Wilder’s side having lost all three games after the restart without scoring a goal.

Their lack of attacking threat had not helped their cause as the Blades failed to manage more than a single shot on target in each of those three league fixtures.

But they started against Spurs with much more intent in the final third and both George Baldock and David McGoldrick found the target early on, albeit with tame attempts.

Having conceded six goals in their previous two Premier League outings, the Blades had recently lost some of the confident, attacking swagger they had displayed earlier in the season, but that all came flooding back at the moment they opened the scoring.

The goal came from a flowing move that opened up the Tottenham defence before Berge turned in Chris Basham’s cutback.

From then on, Sheffield United looked much more like their old self – strong in defence and capable in attack – and the win, particularly given the strength of the opponents it came against, will provide a much needed boost as they look to claim a top-six finish – something that would be an incredible accomplishment on their first season back in the top flight.

editor - August 3, 2020 3:58 am
5
BY MAGNUS ONYIBE The bitter and sweet policies of gradually abolishing fuel subsidy regime and guided floating of the naira might have taken a long... 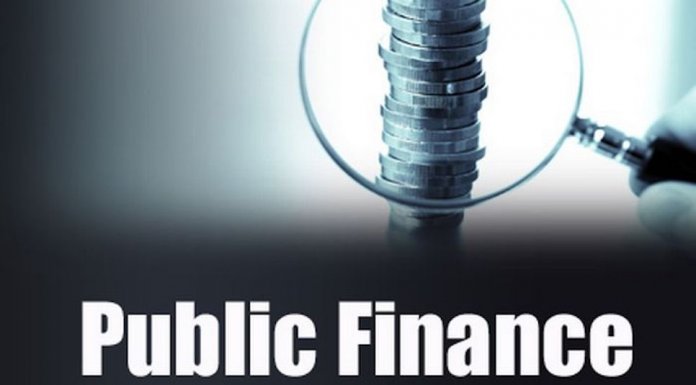 FG Urged to Adhere to Transparency in Public Finance Mgt.