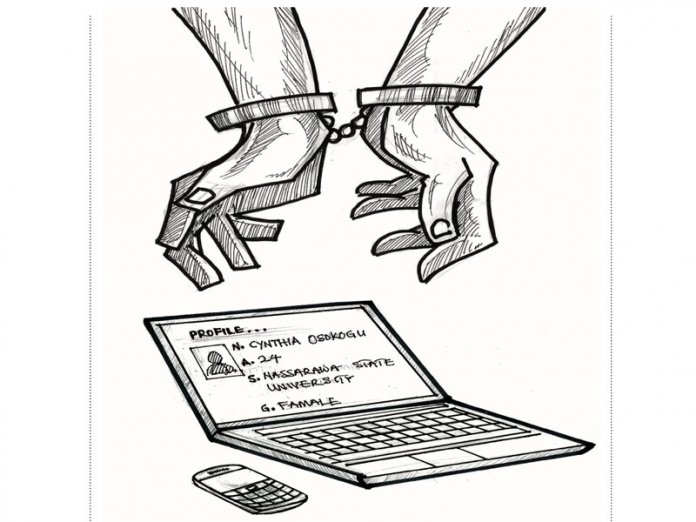 The authorities may do well by enforcing the cybercrime act

In what is fast becoming a routine affair, the American Federal Bureau of Investigation (FBI) is currently on the hunt for six Nigerians who allegedly conducted an elaborate scheme to steal over six million dollars from victims in the United States. The news came a few weeks after Raymond Abbas, better known as Hushpuppi, was arrested in Dubai for the same alleged crime. “The suspects targeted victims overseas by creating fake websites for well-known companies and banks in a bid to steal victims’ credit card information and then launder the stolen money,” Dubai police Brig. Jamal al-Jalaf said.

From social networking and research to business and commerce, Information and Communications Technology (ICT) systems are now deployed to perform simple as well as complex tasks. But the cyberspace is also vulnerable to the activities of criminals. Sadly, as most Nigerians are aware, to our collective shame, our country has not only been a breeding ground for most of these nefarious practices, some of our citizens have become notorious for committing identity theft and bank frauds facilitated through the use of the internet.

While cybercrime is a global threat, what marks out the Nigerian fraud gangs operating internationally is their predominantly financial and economic focus. For instance, a damning statement by the American Department of Justice (DoJ) in June last year said, “Foreign citizens perpetrate many BEC scams. Those individuals are often members of transnational criminal organisations, which originated in Nigeria but have spread throughout the world.”

Committed mostly by the young, often called ‘Yahoo Boys’, a precursor of the infamous ‘419’ email scammers, the fraudsters are increasingly taking advantage of the rise in online transactions, electronic shopping, e-commerce and the electronic messaging systems to engage in all manner of crimes. This is of course a reflection of the culture of poverty, greed and massive financial criminality at home. In 2015, the Cybercrime Act was passed into law to address the challenges. The law criminalises a variety of offences – from ATM card skimming and identity theft to possession of child pornography. It imposes, for instance, seven-year imprisonment for offenders of all kinds and additional seven years for online crimes that result in physical harm, and life imprisonment for those that lead to death. But like almost every law in the country, there is the problem of enforcement.

The ‘Yahoo Boys’ still daily throng cybercafé premises to ‘transact’ their business with the owners looking away. Yet the law criminalises internet café owners who knowingly allow their premises to be used to commit crimes. Sadly, our policemen would rather harass innocent people who carry laptops. The long-term solution is for the Economic and Financial Crimes Commission (EFCC), the police and the intelligence community in Nigeria to become more conversant with the latest techniques in combating cybercrimes. Even more important is the need to work with the law enforcement agencies of countries around the world. These fraud syndicates are international in nature and can only be fought through international cooperation and superior knowledge of the technologies that power cyber fraud.

Cyber criminals in some other countries are using their negative skills for espionage and illicit technology theft. Our nationals are using their skills to defraud individuals and companies to obtain funds for obscene consumerism and sickening exhibitionism. While it is not fair for any country to use these isolated incidents as an excuse to profile or negatively brand Nigerians, that has become the reality of the situation. To deal with this emblem of shame, there is an urgent need to improve the capacity of cyber security officials and the sharing of cyber security best practice from across the globe. In addition, we must build the capacity for local law enforcement.