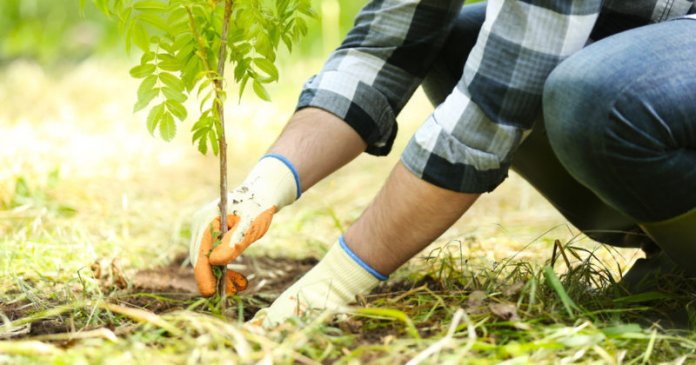 A new study published in Nature Sustainability journal on June 22, 2020 says poorly-designed and poorly-enforced campaigns to plant a large number of trees could be counterproductive, Tree plantations can contradict the real purpose of planting trees, according to the study, presented in a recent DownToEarth magazine, published by the Centre for Science and Environment (CSE) based in New Delhi, India.

There was a high risk that tree plantations could contradict the real purpose of planting trees, said Eric Lambin, the study’s co-author a professor in Stanford University’s School of Earth, Energy and Environmental Sciences, according to DownToEarth.

Plantations that were poorly enforced could be responsible for releasing more carbon and losing biodiversity, Lambin added.

Forests have the biggest role to play in slowing down biodiversity loss from human interventions and in combating climate change as they sequester carbon as biomass. Keeping carbon sequestration and increasing biodiversity in mind, campaigns to plant trees gained a lot of traction in recent years.

The Bonn Challenge seeks to restore forest area more than eight times the size of the state of California in the US by 2030. Similarly, the Trillion Trees campaign aims to plant a trillion trees across the world.

Doing so without paying attention to local forest cover, however, would hinder such aims, said the study, taking into account the impact of subsidies given for such campaigns — the first of its kind to do so.

“In light of global enthusiasm to plant a trillion trees, it’s important to reflect on the impact of past policies,” said the study’s lead author Robert Heilmayr, an assistant professor at University of California, Santa Barbara, US.

The researchers looked at one of the world’s longest-running and influential subsidy policy: Chile’s Decree Law 701.

This in turn reduced native forest cover, with plantations, shrublands or marginal agricultural lands cropping up in areas where forests may have naturally regenerated, according to the study.

In the same way, it was found that nearly 80 per cent of the Bonn Challenge campaign commitments involved planting monoculture tree plantations or a limited mix of trees that produced products like fruit or rubber, instead of restoring natural forests.

If planted trees replace forests like grasslands or savannahs, the potential for replenishing biodiversity is lost, as such natural forest ecosystems have evolved to support unique, local biodiversity.

Plantations can, thus, only work if plantations efforts include strong subsidy restrictions, including prohibitions against replacing native forests with plantations.