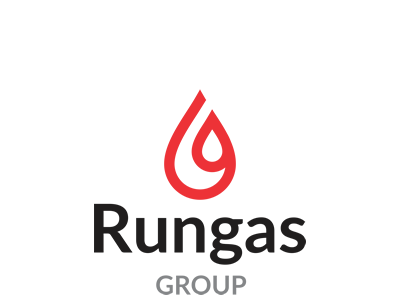 A statement by the company said the RunGas plant would be used for the integrated manufacturing of LPG cylinders, gas storage, bottling and distribution.

The company said after it launched, in January, the largest ready-to-eat therapeutic foods factory in Africa, built by Ariel Foods FZE, in Alaro City, more than 20 businesses have signed up to establish their presence in the new satellite city.

The Chief Executive Officer of RunGas Group, Lanre Runsewe said the company identified Alaro City as the perfect place for its expansion plans due to the city’s award-winning masterplan and the speed with which infrastructure was being rolled out in the new city. “As RunGas makes progress on our goal of increasing the use of LPG in Nigeria and Africa, such partnerships with business-friendly locations like Alaro City are critical,” he said. “We will use the five hectares acquired in Alaro City for the production and supply of quality certified, durable, standardized and technologically advanced gas cylinders.”

Chief Executive Officer of Alaro City, Odunayo Ojo, said the rapid growth within the new city is a demonstration of the resilience of the Nigerian economy. “We are pleased to welcome RunGas to our growing business community and provide the infrastructure RunGas requires to expand LPG penetration in Nigeria and Africa,” he said. “We are happy to see this latest endorsement of Alaro City’s work in creating a well-planned city that offers numerous benefits to business growth.”

Launched in January 2019, Alaro City is planned as a 2,000-hectare mixed-income, city-scale development with industrial and logistics locations, complemented by offices, homes, schools, healthcare facilities, hotels, entertainment and 150 hectares (370 acres) of parks and open spaces. A partnership between Rendeavour, Africa’s largest new city builder, and Lagos State Government, Alaro City has been widely hailed as the next evolution of Lagos. More than 20 companies are currently designing or building their facilities in the city; and 3.5km of initial road networks and a modular 50MVA power plant are under construction.

Early this year, RunGas partnered with the Nigerian Content Development and Monitoring Board (NCDMB) to establish an LPG composite cylinder manufacturing plant in Polaku, Bayelsa State. The plant is expected to produce 400,000 cylinders annually. In 2019, the company partnered with the Egyptian Government to produce and assist with the distribution of LPG and Compressed Natural Gas (CNG) cylinders in Egypt. The factory, located in the Egyptian Gas Industrial Park, will produce 200,000 LPG cylinders for domestic use and 130,000 CNG cylinders for automobiles.