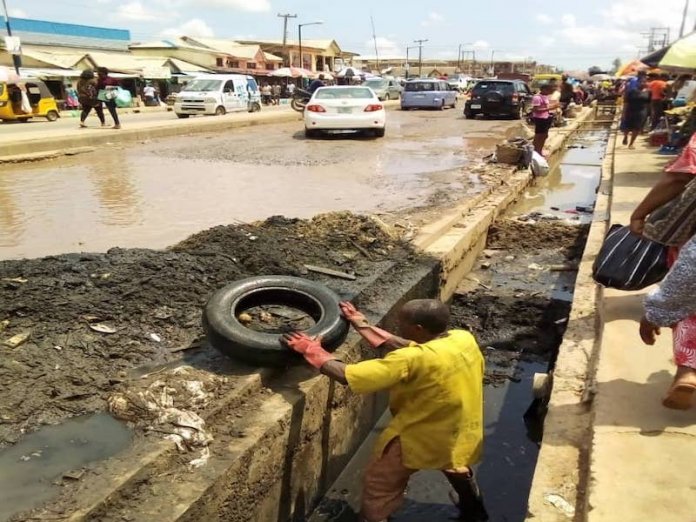 Lagos State government has, in the one year of Governor Babajide Sanwo-Olu’s administration, executed programmes designed to engender sustainable environment in consonance with its Greater Lagos initiative.

According to the Senior Special Assistant (Media) to the Governor, Office of the Deputy Governor, Mr. Babatunde Alao, these programmes, which span areas such as Waste Management; Climate Change; Clean Up Exercise; Waterways Clean-up Campaign; Environmental Protection; and Water Regulation, among others, were designed as a result of the priority accorded to the state’s green, clean and aesthetic environment, according to the government.

In the area of waste management, Alao said the government introduced “an effective, proactive and resourceful waste management programme that will eliminate the accumulation of waste in the state” and that this was put in place through the Lagos Waste Management Authority (LAWMA).

He said, “With the support of the Public Sector Participation (PSP) operators, LAWMA has succeeded in cleaning wastes indiscriminately dumped in different parts of the State, an achievement that is also being sustained by ensuring regular carting away of refuse at houses, road sides and bus-stops, thus ensuring a cleaner and healthier metropolis.”

According to Alao, Marine waste operation is also being enhanced, as 10 new boats were acquired to boost the collection and carting away of floating wastes/refuse in collaboration with the Food and Beverage Recycling Alliance (FBRA). “This has led to the preservation of aquatic flora and fauna in the State in line with the government’s policy direction on constant clean-up of waterways to enhance a cleaner and aesthetic environment.”

The Blue Box Initiative, Lagos launched on Thursday, 5lh September, last year, is a single stream recyclable collection programme that encourages the separation of recyclable materials from the general waste at the point of generation,” he said.

“The overall objective is to divert as much as 40% of waste generated at the household level from the landfill as an integrated approach towards the management of the three dumpsites at Olusosun, Soluos and Igando.

“It has been discovered that the existing practice of dropping all wastes in one container had become old- fashioned, necessitating the need to replace it with a modern method, which involves keeping two containers at home: one for recyclable waste and the other for general waste. The old system was expensive and cumbersome, and also denied the government a huge chunk of accruable revenue and the youth, a large share of prospect for employment,” Alao stated.

He said at the launch of the initiative, Governor Sanwo-Olu noted that the staggering volume of waste generated daily by Lagos residents dictated the need to explore a modern and profitable waste management method such as the Lagos Blue Box initiative.

“The good news is that 50 per cent of waste generated in the state contained re-usable resources that could be harnessed and channeled to strengthen the economy of the state. LAWMA is, thus poised to drive the circular economy through active community engagement, to encourage effective use of recyclable materials, for creating a viable value chain, and ultimately opening new markets and business opportunities, for government and the people.

“Since the inception, a total of about 340,050 bags have been distributed to various households to encourage sorting, many of these bags are reused until they are mutilated before they are replaced; a signal that waste minimization and reuse culture is readily taking root.

“To ensure active participation and inclusion of relevant stakeholders; advocacy and sensitisation at different levels were carried out. Children were not left out in the outreach as they have been identified as change agents. Some of the communities where the Blue Box programme have been established include Lekki, Oshodi-Isolo, Iru in Victoria Island, Lagos Island, Ikeja, Surulere and Ijora Oloye.”

He said the tradition of undertaking beautification projects through the development of parks and gardens is also being improved upon. The development and commissioning of Dr. Abayomi Finnih Park at Oregun is a clear evidence of this. The facility, designed to promote relaxation, recreation and picnic, is

The greening programme, he said was also further activated through the 2019 Annual Tree Planting Campaign with the theme: “Clean and Green is our Perfect Dream”. The “Walk for Nature”, an annual event aimed at creating awareness of the ideals of nature’s conservation and promoting sustainable environmental management, was also observed on the 19thof October 2019.

In addition, there was massive de-silting of drains, clearing of culverts and identified black spots in the state are ongoing as the State prepares fully for the coming of the rains which has been predicted to be heavy this year. The major dredging/de-silting exercises carried out include: Dredging of Jankara/ Oroyinyin; Cleaning of upstream Gbagada/Bariga Channel; Desilting of Herbert Macaulay conduit drain; Desilting activities at Mosafejo, Amukoko; Cleaning of blocked culvert at Evans street junction, Lagos Island; Cleaning of Adeniji Adele rectangular section; and Dredging of Anthony.

On Climate Change, he said a Technical Committee was inaugurated to take action on Climate Change development by developing strong institutional capacity and proper governance. The Committee’s main task is ensuring the global challenge is factored into development project and policies in the State.

On Climate Change, Clean Up Exercise, he said “As part of the activities to prevent the emergence and growth of illegal structures, shanties and black spots in the State, a multi-agency team, led by LAWMA, cleared the set back of Lagos-Badagry Expressway, from Orile to Mile 2 of illegal squatters, just as the axis is being prepared for beautification project.

“Similar efforts are being made to improve the aesthetical appearance of the Ikoyi/Victoria Island axis through an extensive clean up exercise. Some of the areas cleaned up include-Ahmadu Bello Way, Kofo Abayomi, Amodu Ojikutu, Idowu Taylor, Sanusi Fafunwa, Gerrard Road, Karimu Ikotun, Awolowo Road, and Bishop Aboyade Cole amongst others. Also, Outer Marina, McEwen Bridge, Muson Centre, Flag Staff House, Police AIG Zone 2 Office Road, Onikan, amongst others, have been cleaned up.”

He said a cleanup of waterways and coastal regions, to ensure the water transportation segment of the intermodal transportation meets set requirements, was also embarked on.

“The launch of the campaign held at Five Cowries Terminal, Falomo Lagos, was to ensure government derives returns on its huge investments in water transportation. Phase 1 of the exercise covered 15 km of city beach between Kuramo Waters, Victoria Island and Lekki Conservation Center, while the second phase involved another 15 km between Ilubinrin in Lagos Island and Periwinkle Estate in Ikate as well as 4.8 drainage outfalls in the Lagos East Senatorial District.

“The cleanup of the waterways is pertinent to protecting the economic and environmental interests of residents in the riverine communities whose livelihoods largely depend on what happens to the water bodies. Thus, the continuous degradation of the waterways would sabotage the opportunities available for Lagos which parades great aquatic splendour.”

On Water Regulation, he said “A stakeholders’ meeting on the regulation of the water sector with the theme: “Repositioning Water Governance and Regulatory Dispensation in Lagos State” was organised. Books on water resources management, as well as the permit required for stakeholders were launched at the event.”