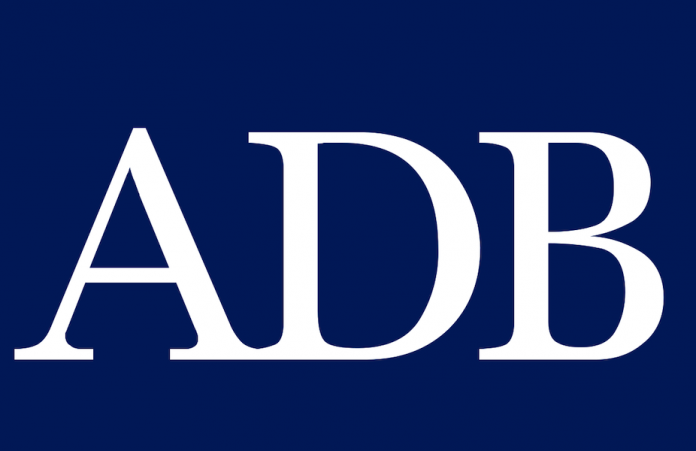 The issue of America’s interest in the affairs of the African Development Bank (ADB) has generated one of the most heated discussions about US-Africa Relations. At the heart of the conversation is the alleged meddlesomeness of the US in revisiting allegations of wrongdoing in the recruitment and award of consultancy contracts by the President of the Bank – allegations already dismissed by the ethics committee and the Bureau of Governors.

This article attempts to provide a refreshing and provoking conceptual framework towards understanding the politics of Dr. Akinwumi Adesina’s second term re-election bid as president of the bank, having been solidly endorsed by the 54 leaders at the 2020 February Summit of the Africa Union in Addis Ababa, and the Head of Government of ECOWAS regional integration hub, in addition to the people–to–people Track Three diplomacy undertaken by General Olusegun Obasanjo and other private lobbying and advocacy groups. It also critically examines inequalities between the global North and the global South, the growing influence of China’s trade relations with Africa and, more importantly, it unpacks the deeply absorbed capitalist globalised hierarchies and the deep structures of racial thinking in the emerging global architecture, and examines the role of the African Union and other regional influential in rescuing the bank from the clutches of western buccaneers.

Attempts will be made to examine America’s myopic and dogmatic foreign policy doctrine predicated on the false promise of a benevolent global leader and beacon of democracy, and its covert actions of subterfuge and sabotage of Africa trade policies and systems. It concludes with the balance score card of the bank in the critical development sectors and hopes for the African continent in the midst of leadership challenges in an era of global competitiveness and parroting of Africa’s development by the western buccaneers as partners, and concludes with the sustained advocacy for the sovereignty of the bank.

America’s Treasury Secretary, Steven Terner Mnuchin, on May 22, 2020 called for an independent investigation into the affairs of the African Development Bank in the twilight of the re-election of the incumbent president on the heels of the whistleblowing accounts of perceived issues of executive impropriety in the recruitment and consultancy contracts. These are allegations that had been dismissed by the internal processes of the bank.

The call is ill-suited and, at best, calls to question America’s role as an ombudsman. America’s overbearing influence in the internal mechanisms of the bank is suspect and should be interrogated from the growing influence of the bank to drive the African

development agenda, particularly in the areas of food security and import-substitution strategy in the last five years.

Regrettably, the Bureau of Governors has finally condescended to an independent investigation panel in line with America’s supranational interest. However, the outcome of the investigation would be predictably unauthentic and the outcome remains to be seen in the next three months, as America’s interest does not exist in an abstract vacuum. America uses institutions, traditions, identity, subtle force, conspiratorial rhetoric and other covert global channels of subterfuge and sabotage to influence other actors in the pursuit of her negative foreign policy objectives in the international space. Steven Terner Mnuchin’s rhetoric of transparency and deep reservations about the integrity of the Committee’s process has brought to the fore the new American foreign policy towards Africa which is hinged essentially on neo-liberal economic diplomacy, complemented by the subtle attempts by the White House to curtail the growing tensions over China trade relations with Africa, which in the last six years stood at over US$210 billion, as against US trade with Africa which dwindled to about US$85 billion.

Furthermore, another subtle and deadly foreign policy mechanism America uses to achieve its stranglehold on other nations, particularly Africa, is the mobilisation of international shame and brainwashing by which she lobbies other states into believing that the actions of a state or a region (Africa, in this instance) is inimical to America’s interest. Once there is an open knowledge that an institution like the Africa Development Bank is acting against international norms (America’s interest, in this instance), other states, particularly the 27 non-regional members, may apply diplomatic pressure to forestall the re-election of Akinwumi Adesina as the President of the Bank.

The suspicion of the United States Treasury Secretary, Mnuchin, and his principal, Donald Trump, in a letter to Niale Kaba, Chairperson of the bank, encrusted fine points which disagreed with the conclusions – in line with corporate governance systems and rules of engagement – of the ethics committee of directors and the Chair of Bureau of Governors’ findings on the allegations leveled against the bank’s president is to avoid her veiled agenda, which is to rubbish the sterling performance of the bank as a regional player in African intra-trade resurgence and to thwart the promise the bank holds to leapfrog development and reduce poverty on the continent. Washington’s meddlesomeness is visibly glaring and the US must tread carefully in their grand scheme to control the bank. However, there are 81- member states. Twenty-seven of them are non-regional members, including the USA, which is the second largest contributor (6.4%) to the fund of the bank, after Nigeria (9.1%).

Renowned Economist and Nobel Laureate Joseph E. Stiglitz, a one-time Senior Vice President and Chief Economist at the World Bank, in his pivotal book Globalisation and its Discontents argued that the policies of global financial institutions not only fail, but often make matters worse for the countries in crisis. He posited several misdirected policies, which include forcing trade liberalisation on developing countries where industries are not strong enough, thereby causing more harm than good.

Sadly, local industries in Africa cannot compete favourably in the global marketplace and rising interest rates often make job creation virtually impossible. The politics of trade liberalisation, which is one of the cornerstones of America’s international economic relations, and its sister Bretton Wood institutions, has often led to the dumping of cheap and substandard products by the West on Africa. This often undermines local industries that produce or intend to produce the same products for the global market.

The bane of the African economy is over-reliance on import, which makes imported products more expensive and Africa’s primary commodity exports cheaper in the international market. Since Africa does not produce these products, it is not possible to increase local capacity. This is one of the challenges the African Development Bank is addressing through the Integrate Africa development agenda. African leaders should come to terms with the fact that the international politics and indeed the international conspiracy being engaged in by the US is a game of selective morality and double standards. For Africans to win, we must continuously recognise our interests and protect them with an uncommon courage.

Going forward, African governments must remove the veil of superiority by Washington over our eyes on the policies of pro poor and infrastructure. Therefore, the 54 African members of the bank and other strategic stakeholders should understand the new and evolving political geography of neoliberal capitalism and globalisation being orchestrated by theTrump administration, which is designed to hoodwink unsuspecting nations and, perhaps not surprising, to promote deregulated low tax haven for international finance capital in Africa. Trump’s dishonourable concept of America First unredeemable democracy is constructed on the false premise of moral superiority over other nations. In reality, the US is essentially what she accuses others of doing, particularly operating abroad with impunity in the narrow service of its capitalist oligarchy, which lays claim to everything, everywhere in the world!