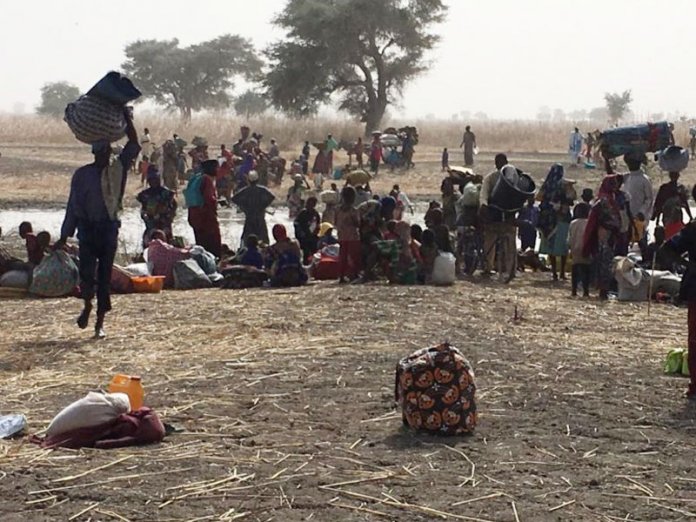 The North-East Development Commission (NEDC) has revealed that Borno State lost 80 percent of its houses to the Boko Haram insurgency, thereby culminating in an acute deficit of decent, safe and secure houses in the state.

Consequently, the NEDC disclosed that it had begun the construction of 10,000 housing units spread across 10 Local Government Areas (LGAs) for the resettlement of the state’s internally displaced persons (IDPs).

The Managing Director of NEDC, Dr. Mohammed Alkali gave the statistics at the ground-breaking ceremony of the 10,000 housing units in Ngwom, in Mafa Local Government Area, Borno State on Friday.

The Minister of Humanitarian Affairs, Disaster Management and Social Development, Ms. Sadiya Farouk performed the ground-breaking ceremony alongside the state governor, Prof. Babagana Zulum, among others.

The project, which falls within the purview of the NEDC, is President Muhammadu Buhari’s special intervention for Borno State, being the epicentre of Boko Haram insurgency. The crisis has displaced over 1.5 million people in the troubled state.

At the ceremony, Alkali said Borno lost 80 percent of its houses “to the Boko Haram insurgency. If the number of people in the IDPs camps is put together, there will be definitely the need for more houses.”

He said in tackling the housing deficit as a result of the insurgency, the president approved the 10,000 housing units to fill in the gap.

Alkali said: “Here, in Ngwom, the first 1000 houses will be built and work has started in reality with 100 already built. Similarly, the commission has handed over two health facilities to the Borno State Government, which included a 30-bed centre at Muna IDPs Camp and another 20-bed centre at Mohammed Goni Stadium IDP Camp.”

He said the facilities would assist the state government and camp managers in providing basic healthcare services to internally displaced persons at the camps.

He said NEDC handed over 120 operational vehicles “to the various security agencies as well as ambulances and medical equipment to all federal tertiary institutions in the Northeast.”

In her remarks, the minister explained that the housing units, which are being handled by NEDC, would be spread across the ten most affected local government areas of the state.

“Each house will cost the federal government about N2 million which is very modest. For these 1000 units, we hope to complete them in the next eight weeks. They are semi detached bungalows for four households per bungalow.”

Also at the ground-breaking ceremony, Zulum expressed gratitude to the federal government for embarking on such a project in the state.

Zulum said with the efforts of the federal government and the state, all the IDPs camps in Maiduguri would be closed by May 2020, after the displaced persons must have been resettled at their communities.

He said: “We are overwhelmed. This is the first time Borno State is having a big intervention programme from the federal government in respect of construction of housing estates.

“Indeed the people and Government of Borno State remain eternally grateful to the federal government for a job well-done. The housing units will go a long way in reducing the housing deficit in the state, especially with a view to accommodating the IDPs.”

Millywine To Reward 3 Lucky Fans through his Run Up Challenge