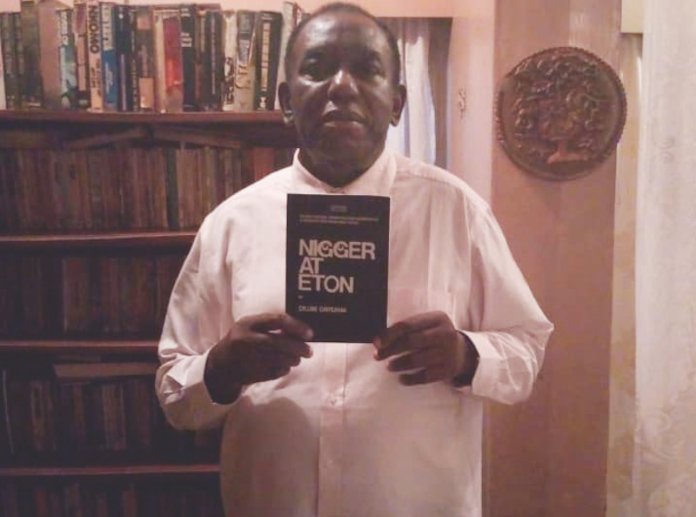 A recent apology, tendered by the highbrow British public school Eton College to one of its former students, Nigerian author and book publisher Dilibe Onyeama, has caused a full-scale media storm and brought back his 1972 memoir Nigger at Eton to the public’s consciousness. Okechukwu Uwaezuoke reports

An interesting dividend of the recent wave of Black Lives Matter protests is the fact that it is making political-correctness trend again. So, Eton College’s formal mea culpa to Nigerian author, Dilibe Onyeama, which has generated a lot of media buzz, should be seen as a nod to the prevailing mood. That the prestigious British public school’s current headmaster, Simon Henderson, was even quoted by the BBC as saying that he was “appalled” when condemning “the racism Mr Onyeama experienced at Eton” highlights how much it wants to exorcise the ghost from its past.

This gesture, albeit belated, might just as well have been an attempt to add a new sheen to the school’s halo of respectability and political-correctness. On the apology itself, Onyeama assured THISDAY in an interview that it “was neither solicited, nor desired, nor expected, nor anticipated; in effect, it was wholly unnecessary.” This was notwithstanding the fact that he had duly acknowledged it as “touching and much appreciated.”

With characteristic magnanimity, he added: “We have all done enough to be ashamed of, and nobody – of whatever race or hue – has a monopoly of righteousness. An apology might have been overdue had the ban, which was slammed on me in 1972 over the publication of my book Nigger at Eton, remained in force till this day. But it was revoked in 2008 by the late Provost of the school Sir Eric Anderson when I was invited to participate in an Old Boys’ get-together (which I was unable to attend). Had it not been, one could then draw a clear inference that the writing of ‘adventure’ stories was a monopoly of white supremacists. Was a black author debarred from endorsing in book form outlandish real-life experiences of adventure, which was the spirit in which Nigger at Eton was written?”

Eton, which currently charges fees of more than £40,000 (N 19,382,656) a year, was founded by King Henry VI in 1440 and is acknowledged worldwide for its high educational standards. Onyeama believes that, because it was created primarily to produce pillars of the British ruling class and leaders of the establishment, it was never designed with an African background in mind. “Hence an African pupil would be something of an eccentric choice for such a breeding ground whose ancestors hoisted the flag in those backward lands in which the crown had established acquisitive occupancy,” he mused.

“I was one such eccentric choice. And after four electrifying years in its rarified atmosphere, I find myself some half-century later a sudden ‘celebrated’ beneficiary of an apology – offered on a platter of gold– by no less a personality as the exalted headmaster, Mr Simon Henderson. That was ostensibly to soothe away the pains of whatever indignities I might have endured at the hands of my privileged white contemporaries all those years ago.”

So, what if the “whirlwind of outrage” – as Onyema described the protests trailing the recent brutal killing of African-American George Floyd by a white policeman– had not “extended its dragnet to address the matter of racial injustice in a historical context”? Or, precisely, what road-to-Damascus experience could have forced Eton to recant its obnoxious ban on the author?
“Racism has no place in civilised society, then or now,” Henderson was also quoted by the BBC as arguing, as he promised to invite Onyeama “so as to apologise to him in person, on behalf of the school, and to make clear that he will always be welcome at Eton.”

But, suddenly the book, Nigger at Eton, is dredged up in the readers’ consciousness from blurry recesses of memories and the issues that it raised are back on the front-burner.
“’Elephantine’ memories in the mass media recalled that my book ‘Nigger at Eton’, published under a welter of press coverage worldwide, fitted the bill for extensive analysis vis-à-vis the prevailing ‘Black Lives Matter’ indictment of perceived anti-black animosity,” Onyeama explained. “The subsequent extensive question-and-answer probing by the BBC resulted in a challenge to Eton’s headmaster to throw light on the matter. Hence the aforesaid apology in profuse terms, spiced with an assurance that I would be persona-grata any time I chose to visit Eton.”

Ultimately, Onyeama shrugs off his “encounters with supremacist attitudes and abuse at the school”, saying that “though unpleasant and provocative”, they “still fell onto the package of ‘adventure’.”

The renowned Nigerian author, who currently runs Delta Publications (an Enugu-based book publishing company), still has a lot of good things to say about Eton College. Like his Oxford University-trained father Charles “Dadi” Onyeama who eventually became a judge at the International Court of Justice at The Hague, he has a high opinion of the British education system.

Eton, he said, “had its profusion of unique privileges and memorable moments of enjoyment, rooted in traditions of dignity, courtesy and culture – which have bred some of the world’s most distinguished men.” Hence he argued it would be “absurd to suggest that the one indictment of white supremacist attitudes overshadowed the relevance of all those goodies, notwithstanding the many tearful exposés for all sorts of unedifying scandals that have sometimes unbalanced the school’s equilibrium. Yet, no ban was placed on any of its white critics.”

Hailing the Black Lives Matter protesters for “forcibly asserting their rights with decisive action”, he added: “It has proved, as nothing else can, that there is nothing unnatural in revenge if it is seen in the light of a warning to the offender not to repeat the offence.” 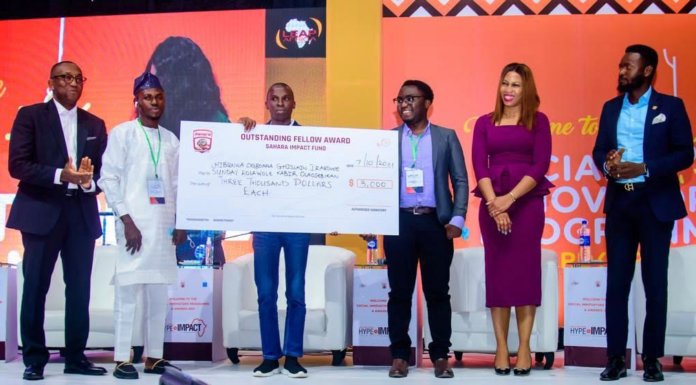