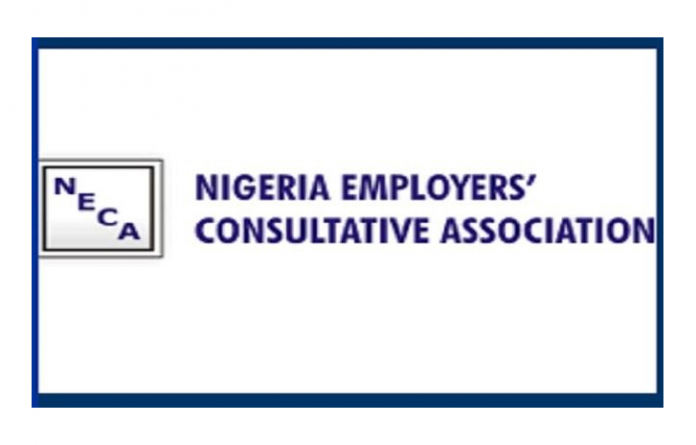 The Nigeria Employers Consultative Association (NECA) has taken a swipe at the federal government over the distribution of COVID-19 palliative, saying none has been extended to the organised businesses in the country, with the adverse consequence that many of them have closed shop, while others are at the brinks of collapse as a result of the pandemic.

NECA said the Central Bank of Nigeria (CBN) extended N50 billion credit facility to households and Small and Medium Enterprises (SMEs) most affected by the pandemic, as well as N100 billion loan to the health sector, and N1 trillion to the manufacturing sector.

In addition, the interest rates on all CBN interventions programmes were revised downwards from 9 per cent to 5 per cent, and a one-year moratorium was introduced effectively from March 1, 2020. But regrettably, none has been given to the organised businesses.

The acting President of the association, Taiwan Adeniyi, who stated this at a press briefing yesterday in Lagos, said the federal government assumed that by dolling out N1 trillion to the manufacturing sector, it has given palliative to the organised businesses, adding that not all business organisations in the country is in the manufacturing sector.

Adeniyi said: “Worthy of commendation is the CBN N50 billion credit facility to households and Small and Medium Enterprises most affected by the pandemic as well as N100 billion loan to the health sector and N1 trillion to the manufacturing sector. In addition, the interest rates on all CBN interventions programmes were revised downwards.

“While we commend these efforts, we wish to state with concern that organised businesses were basically left in the lurch to weather the challenges alone.

With many businesses closed down and many others on the verge of bankruptcy, we had urged the government to give attention and support to businesses to ensure their survival and competitiveness.”

He added that “with the unemployment rate soaring high pre-COVID-19 and reaching an alarming rate during the pandemic period, it was expected that necessary job retention scheme as proposed by our association would be given adequate consideration; this was never the case.

“As full economic activities are on the brink, we once again, urge the government to take a second look at long term strategic support for organised businesses to enable an accelerated and sustained economic recovery.”

With the view of gauging the specific impact of COVID-19 on businesses to aid its advocacy efforts, NECA conducted a research into the effects of the pandemic on businesses, the outcome of which showed among others that 74.2 per cent of surveyed enterprises have stopped operating due to COVID-19, while 15.8 per cent are either fully on site or teleworking.

The NECA acting president said: “Over 90 per cent of surveyed enterprises noted that limited cash-flow was an impediment to operations, and over 90 per cent stated that demand for their goods and services had significantly reduced, adding that the disruption of supply chains resulted in 78.2 per cent of enterprises had supply challenges as suppliers were unable to fulfill orders.