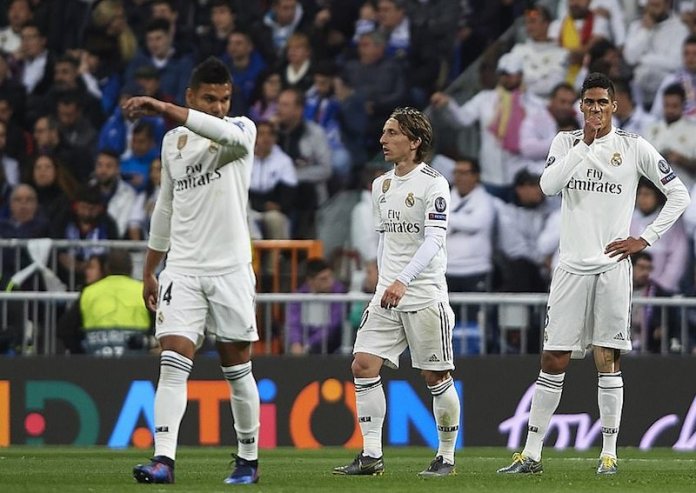 Both Madrid and Barcelona are tied on 65 points from 30 matches respectively but Zinedine Zidane men have the edge on head-to- head record over the Catalan club.

The former champions won 2-1 and thanks to goals from Sergio Ramos and Karim Benzema at the La Reale Arena.

Real Madrid had cruise control of the clash against Real Sociedad following a goalless first half.

Vinicius Junior was one of the brightest players in Real Madrid’s attack, the Brazilian star was pulled down in the penalty area after a solo run from the half of the pitch and was awarded a penalty which Sergio Ramos converted for the away team.

Ramos was substituted after he collided with Real Sociedad attacker Isak and the Real captain was replaced by manager Zinedine Zidane with Eder Militao.

Real Madrid got the second goal after Karim Benzema controlled a high ball to make it 2-0.

Merino scored for the home team in the 83rd minute after Real Madrid defence was caught open.

Real Madrid held on and Zidane’s men were able to go to the top of the La Liga table with three wins in three games.