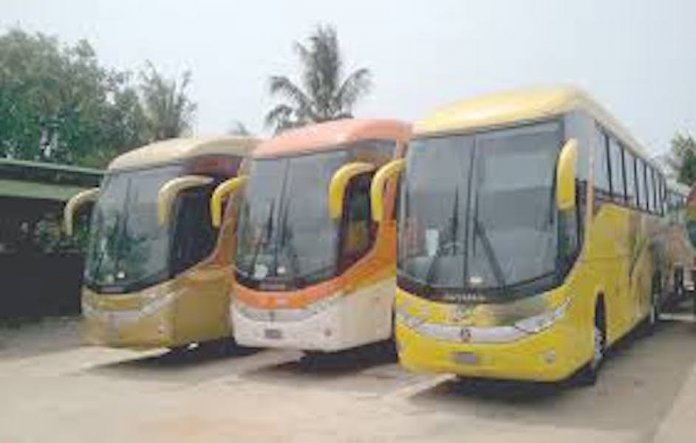 Owners of the largest fleets of vehicles for road transportation in the country have called on the federal government to consider immediate lifting of the ban on inter-state travels as it plans to reopen the nation’s airports for domestic and international flights.

The group, known as Public Transport Owners of Nigeria Association, (PTONA) stated, at a press conference in Lagos, yesterday, that it was imperative for the federal government to lift the ban because transportation in interconnected and that more importantly, 90 per cent of Nigerians use motor vehicles to move around the country.

According to the National President of PTONA, Engr. Isaac Uhunmwagho, “When a plan lands in Abuja, for instance, some passengers will like to transit to Nasarawa, or elsewhere and these people will need to travel by road.”

He said transportation was one of four most important elements for human existence after Food, Water and Shelter, adding that the government had a major role to play to ensuring that their citizens do not suffer excessively in being able to transport themselves around.

Also, they want the government to introduce necessary guidelines and protocols that would enable Nigerians travel safely in the midst of COVID-19, according to Uhunmwagho who had with him some members of PTONA.

“This is most important for two reasons: COVID-19 will not be gone in the next one, two or even six months. We need to learn how to live alongside with COVID-19, and apply all necessary measures.

“The longer the ban on inter-state travelling lasts, the much more will be the number of small and big business that will die permanently. The earlier the ban is lifted, some businesses will be able to recover,” he said.

Government needs to financially aid transport sector such that the transport owners do not have to transfer the entire burden on to the poor hapless Nigerians who are already very weak financially because of all the effects of COVID-19. “In fact, like many other businesses, some Transport Owners are bound to go bankrupt.”

He specifically said they needed grants and even loans at CBN’s interest rate of between 9 per cent and 10 per cent to enable their members to recover.

PTONA, he said had already written their plea for financial assistance and palliatives to the Economic Sustainability Committee, headed by the Vice President, Prof. Yemi Osibanjo.

“Government should face the challenge of ensuring that Nigerians comply with the guidelines and protocols which will be introduced for long-distance travels, as well as encourage Nigerians to abide by all other COVID-19 rules and regulations. That is the only way that we can say that we shall overcome COVID-19,” he said.

Inability to continue paying salaries to staff had been the plight of many transporters, as the funds are no longer there, he said, explaining that thousands of vehicles have been parked redundant for almost three months. “The cost of restoration of these vehicles to sound condition will be millions of naira.

“The reliability of many of these vehicles will not be the same anymore. Vehicles were never designed to be left idle, and even if they may re-start, numerous mechanical, electrical and system faults are bound to arise, including tyres, and the transport owners have very little funds left to meet up with these challenges.

“Some transport owners who have rented premises may be unable to continue using some of such premises.”

According to him, in the post COVID-19 operating conditions, vehicles are expected to carry approximately 50% of passengers, as well as spend money on additional sanitation and health facilities. If a vehicle takes 50% of passengers, simple arithmetic will dictate that the transport fare will have to double.

“The airlines have already come up with a similar answer. The question is, can Nigerians, whose average level of income has been adversely hit by the effects of COVID-19 be able to pay significantly increased transport fares?”

The Inaugural Executive of PTONA was sworn into office in September last year, successfully reached out to many Ministers and Agencies and in February, it had a high profile visitation to the Vice President, Prof. Yemi Osibanjo at State House, Abuja, Uhunmwagho said.

BUBA MARWA – PUMMELLING THEM FROM ALL CORNERS