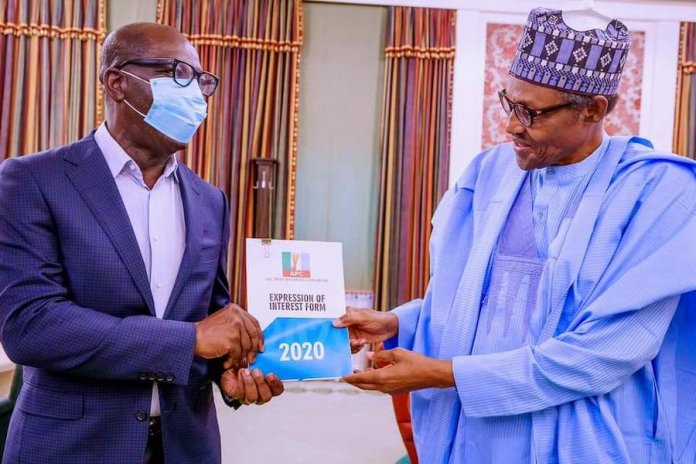 *Vows to track down Omozuwa’s killers

Edo State governor, Godwin Obaseki, Monday met with President Muhammadu Buhari in the State House, and presented to him his re-election form.

Obaseki is seeking a re-election on the platform of the All Progressives Congress (APC) which has scheduled its governorship primaries for this month.

Briefing State House correspondents after the meeting, Obaseki described Buhari as his father, and hence, it would be wrong of him to take things for granted by assuming that it’s unnecessary to inform him (Buhari) about his re-election bid.

He also spoke on COVID-19 situation in his state, saying over 300,000 Edo indigenes had been screened on the disease, out of the 500,000 targets set by the government.

He also vowed to ensure that the killers of a100-level student of the University of Benin, Uwaila Omozuwa, raped and killed in a church at the weekend would be brought to justice, describing the crime as heinous.