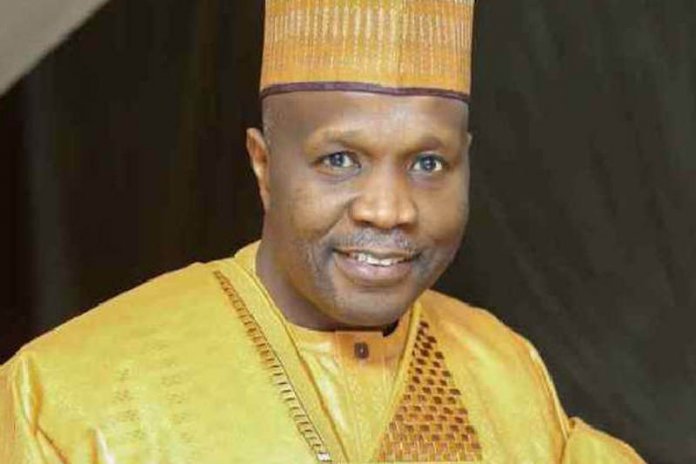 Usman Maidawa pays attention to the ongoing revolution in the education sector in Gombe State
Amidst the pervading scare unleashed on our collective psyche by Covid-19, it is tempting to overlook the first year anniversary of Governor Muhammad Inuwa Yahaya, the 4th elected governor of Gombe State.

But yielding to such persuasion can only relegate the commendable efforts of the state government in caging the fear of the pandemic and resolutely giving hope to the people that Covid-19 can actually be defeated.
Indeed that Governor Yahaya and his team are building a new Gombe where there would be no such impediments to overall development and happiness of the people.

However, one major area of profound interest as the governor marks his first year in office is education, which the state government has treated as a priority and in tandem with avowed renewal at inception.
The situation in the educational development of Gombe in the last one year is a testimony not only to the governor’s modernist thinking but also his commitment to excellence.

From the outset, the governor was unequivocal in his determination to confront the challenges of educational development headlong. And I think we can also add that he had the political will to make a difference.

As he noted in his inaugural speech, “We shall overhaul the education sector to meet up the desired standard. Adequate attention shall be given to provision of infrastructure, teaching materials and qualified teaching staff in our primary, secondary and tertiary institutions.” So far, he has kept faith, matching words with action.

Of course, the situation could not have been different for any serious-minded leader like Yahaya, who’s concerned about the deplorable situation he inherited and committed to a purposeful turnaround for the revival of hope for the youths as the proverbial leaders of tomorrow.

Available statistics at inception of the administration clearly showed that over half of a million children in a state of about 3.2 million population were out of school with the inherent challenge of Almajiris and girl-child education either as dropouts or outright lack of educational access, dilapidated infrastructure, low quality of teachers and the overall consequence of low performance as evidenced in external examinations.

But things are looking up as Governor Yahaya’s pragmatic leadership, innovation and commitment are paying off going by the record of achievements in the education sector in the last one year.
The judicious declaration of state of emergency in education akin to free education has led to rapid transformation both in implementation and outcome. Public schools are wearing a new look across the state. It is a total package within a structured policy framework.

The new era has witnessed the construction of modern school buildings with classrooms conducive for learning while the old ones have undergone massive renovations in a laudable job carried out by the State Universal Basic Education Board (SUBEB) with the right support from the state government.
Till date, SUBEB has constructed and renovated over 400 of such public schools across the eleven local government areas of the state. As a deliberate policy, both the renovated and the new structures are of top rate quality.

And then, the upsurge in enrolment as a primary focus of Governor Inuwa Yahaya is gaining traction by mopping up the over 700,000 out of school children from the streets. Through the implementation of the Better Education Service Delivery for All (BESDA), Gombe State has been able to enroll over 214,000 out of school children into public schools. Also, 104,000 children who were school dropouts have returned to the class.

With $6,000,000 spent by BESDA as intervention funding and other similar steps, the state is creating an enabling environment to realize the challenging task of returning the huge number of out of school children to the classrooms.

In addition to the over 791 learning centres established which accommodates about 75,491 learners, building of science laboratories and ancillary facilities, the future is bright for the kids in Gombe as the state government intensifies efforts to do more in addressing the out of school children challenge in the state.
Besides, government’s strategy of incentivizing education to make it attractive and complement efforts at standardizing gave rise to the following: conduct of MOCK examination to screen and select only those who pass the cut off mark to sit for SSCE and WAEC, feeding of students in the 21 boarding schools across the state and payment of WAEC fees to all qualified final year students.

Others are the establishment of teacher training institute with capacity to train over 500 teachers at a time with adequate lecture halls, practical/demonstration halls, laboratory, lodging and catering services, review of school routines like preps, school sport, school inspection and bed check for boarding schools and intensified collaboration with development partners like USAID (SENSE), UNICEP, World Bank SEPIP, IDEAS and Norwegian government programs on girl-child education etc.

By the way, education got the lion’s share of N22 billion out of the N130 billion 2020 budget in the state representing about 17 per cent which is significant when factored into UNESCO’s standard prescription for education funding.

Thus, the idea of distributing school uniforms, bags and writing materials is ingenious which also applies to the Almajiri and girl-child component of the policy. Now, over 70,000 Almajiris and 50,000 girls have been integrated into the formal educational system in the state. Sure, the new consciousness to pay due attention to the basic segment of education is in the right direction.

Yet, a key issue in the overall educational development by the government is the pivotal role of teachers, which ultimately determines what these young ones are actually learning. This question is germane when we consider the report of the Transition Committee pre-Yahaya’s inauguration, which made it clear that 60 per cent of the primary school teachers were not qualified to teach.

This challenge consequently informed the setting up of the Teachers Training Centre in Kwami to train and retrain teachers to cope with current realities of high education standard in Gombe State.
The takeaway from Governor Inuwa Yahaya’s strides at this time is his keen sense of leadership and vision. In spite of the challenging times and indeed the huge inherited debt, he has moved on spiritedly to create a new clime of possibilities in various sectors of the state economy and in particular emphasizing the key role of education in development.

Even before the recent re-focusing on the Almajiri question by the northern governors, he has since assumption of office reckoned with it as a major concern and an integral part of his educational policy in Gombe just as the equally important girl-child education.

Access to education and the chances for development is two sides of the same coin. It amounts to a wise investment in sustainable growth and prosperity. Political will and concerted efforts can also deliver tremendous results as Governor Yahaya’s worthy fillip to education has shown in Gombe and the state stands to gain more from this noble enterprise including the ongoing realistic reform in the tertiary sector.
–––Maidawa wrote from Gombe
pix: Yahaya.jpg