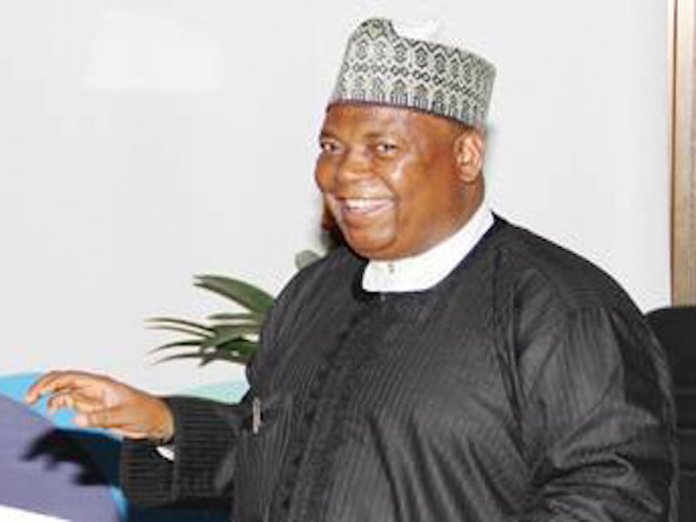 Since its establishment in 1995, THISDAY newspaper has emerged as arguably the most respected and influential newspaper in Nigeria. Its investigative reports are always of the highest quality. The regular commentaries by its star columnists usually set the tone for public discourse on critical national issues for more than two decades.

It was against this backdrop that we write to express our disappointment at the report titled: “Rumble in the NDIC” written by Sola Oyeyipo which appeared in its Sunday Edition of 19th May 2020. The report failed the basic standards for fair and investigative journalism. Not only was it riddled with contradictions, in the typical fashion of most hatchet jobs, it merely credited anonymous “sources” within and outside the Corporation for the falsehood it contained. Contrary to the finest traditions of journalism, the writer made no effort to reach out to the NDIC for clarification on the false allegations to allow for a fair and balanced reporting.

It is a well-known fact that the NDIC, which celebrated its 30th anniversary last year, is a critical and credible institution. It is therefore important that we should correct the misrepresentations and inaccuracies in the report for the benefit of Nigerians who the writer attempted to mislead. For instance, he incorrectly alleged that the recent nomination of Ms. Diana Okonta, the retired Director of Finance of the Corporation as one of the two new non-executive Directors of the NDIC was a plot by the incumbent MD/CE to perpetuate himself in the affairs of the corporation even after serving for 31 years in various capacities. He went further to allege that there was widespread discontent among members of the Corporation on the development. But nothing could be further from the truth.

It is a well-known fact that both Umaru Ibrahim and Prince Aghatise Erediauwa the incumbent Managing Director and Executive Director (Operations) of the Corporation respectively, promptly vacated their offices when their terms expired in December, 2015. Significantly, they properly handed over to the next Executive Director to allow for a seamless and credible transition period before their re-appointment to the same positions.

It should be stated that the enabling Act of the Corporation only allows for the MD/CE and the Executive Directors to serve for two terms. Except the writer suffers from “third term” syndrome there is no basis for him to believe the MD/CE will stage any come back at the conclusion of his final term in office. The writer alluded to discontent in the Corporation on the matter, but the reality is that not only has the Board of the NDIC continued to function in harmony, Its members of staff have also remained disciplined and focussed in the efficient discharge of their responsibilities.

Under Umaru Ibrahim who is the third CEO of the NDIC, after the late John Ebhodaghe of blessed memory, and Alhaji Ganiyu Ogunleye, the Corporation has made remarkable strides which have been widely acknowledged. For example, under leadership, the NDIC became the first and only public sector institution in Nigeria to obtain three International Standard Organization (ISO) Certifications of the British Standards Institute (BSI) simultaneously.

In recognition of the tremendous performance of the NDIC at the local and international levels, Umaru Ibrahim was elected in 2013 into the Executive Council of the International Association of Deposit Insurers (IADI). He is also the incumbent Chairperson of the African regional committee. Under his leadership, the NDIC was voted as the Most Outstanding Public Institution in Nigeria by the Independent Service Delivery Monitoring Group (ISDMG) in 2013.

In 2014, still under his dedicated leadership, the International Association of Deposit Insurers (IADI) conferred an award on the Corporation for being ‘The Best Deposit Insurance Organization of the Year under Category 2 – Core Principles’ compliance and International collaboration.’ Umaru Ibrahim’s tenure also witnessed the elevation of the NDIC Training Center to a world class Training Academy which was duly certified by the Chartered Institute of Bankers of Nigeria (CIBN). In 2014 the NDIC Academy was also been designated by the IADI African Regional Committee as the training hub for Deposit Insurance Systems on the continent.

The Corporation was also named the Best Performing Ministerial SERVICOM Unit (MSU) in the Team “C” Category for Ministries, Departments and Agencies (MDAs) by the SERVICOM Office of the Presidency twice in 2017 and 2019 respectively.

Since its inception, the NDIC has invested enormously in human capital development. The Corporation has set the bar very high in the realm of training and capacity building. It is not surprising therefore that the Federal Government found Ms. Diana Okonta, a Fellow of the Institute of Chartered Accountants of Nigeria (ICAN) with over 30 years of working experience both in the Private and Public sectors worthy of appointment as a non-Executive Director of the NDIC after her retirement from meritorious service.

It is noteworthy to mention other past former executives of the Corporation were found fit to serve the nation in various capacities. These include the late Hajiya (Mrs) Fatima Balaraba Ibrahim (Minister of State for Power), Dr. Yerima Ngama, (Minister of State for Finance), Mohammed K. Ahmad (Pioneer Chief Executive Officer of National Pension Commission (PENCOM); Ahmed Al-Mustapha (Register-General of the Corporate Affairs Commission (CAC), Dr. Musa A. Ibrahim (Commissioner, PENCOM). And recently, Shehu Ahmed, was also appointed the Executive Director (Operations) at NIMASA.

It is in the light of the foregoing that we urge well-meaning Nigerians to disregard the misleading report from Shola Oyeyipo because it has no basis in truth or reality. The Corporation will not be distracted. It will continue to discharge its core mandate of Deposit Guarantee, Bank Supervision, Failure Resolution and Liquidation to the best of its ability to ensure the stability and safety of the banking system especially in these trying circumstances.
Dr. Sunday Oluyemi, is the Director, Communications & Public Affairs at the NDIC