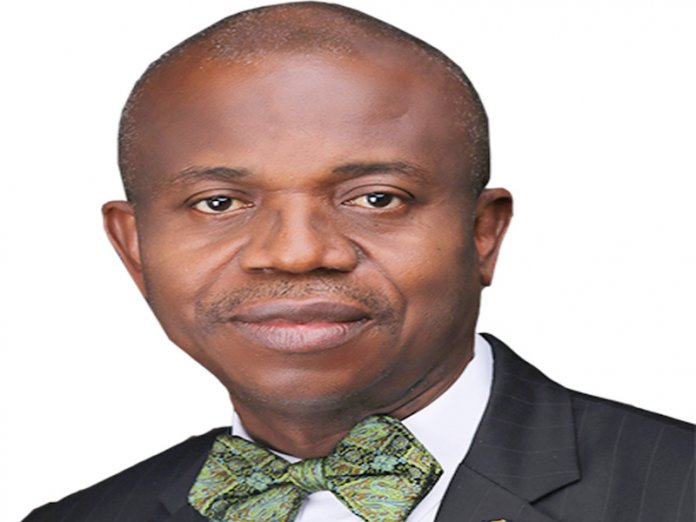 Neimeth International Pharmaceuticals Plc emerged the toast of investors as it grew its half-year profit by 938.5 per cent. It was its best performance in the last four financial years. The performance according to the management of the company could be attributed to increasing market share and cost management strategies recently introduced to better position it among its peers.

Data obtained from the Nigerian Stock Exchange (NSE) showed that investors reacted with a scurry for Neimeth’s shares, triggering a demand-driven share price appreciation that has seen the stock within the best-performing stock at the Nigerian stock market with capital gain of 79.2 per cent in recent weeks.

Interim report and accounts of Neimeth for the six-month period ended March 31, 2020 released at the NSE indicated significant growths across key performance indicators with growing sales and operating efficiency driving operating profit by 225.28 per cent.

Total turnover crossed a record N1 billion mark with 19.4 per cent growth to N1.165 billion by March 2020 compared with N975.98 million recorded in comparable period of March 2019. The top-line growth was driven by increased sales in its domestic Nigerian market. The company recorded growths across its two business segments of pharmaceuticals products and animal health products with the animal health products showing strong prospects for the top-line with 897.5 per cent growth during the period.

Neimeth’s share price on Monday at the Nigerian Stock Exchange (NSE) opened at 86 kobo per share, representing an increase of 79.2 per cent on market value per share of 48 kobo recorded by the period ended March 31, 2020.

The price appreciation might not be unconnected with increasing prospects of dividend payment in the current business year; after shareholders of the company at their annual general meeting earlier in March 2020 approved a balance sheet restructuring that would see the write-off of accumulated losses and primed the company for dividend payment from net profit.

He said the results showed early gains of the company’s five-year strategic plan noting that the company would vigorously expand and reposition its businesses to cement its position as a leading player in not only Nigeria’s healthcare industry but also in the wider West African region while simultaneously ensuring good returns on investment to shareholders.

According to him, the strategic direction for 2020-2024 would see the company implementing bold and gradual expansion initiatives including the upgrade of its factory at Oregun, Lagos state; development of new manufacturing facilities and expansion of the company’s marketing drive to Sub-Saharan Africa (SSA).

Azoji, who was named among the top 25 CEOs in Nigeria by BusinessDay Newspaper and also won the sectoral leadership award of PEARL Awards, said the company, was increasingly exploring viable options for strategic local and international partnerships to optimise its excess production capacity through contract manufacturing or direct product development.

He reassured that the company remained focused on attaining the good manufacturing practice (GMP) certificate of the World Health Organisation, in line with its current strategic plan to be manufacturing hub for pharmaceuticals and healthcare products in Sub-Saharan Africa.

“Our results show that we are on course to achieving our strategic growth objectives. We remain committed to our goal of repositioning the company to play greater roles in the healthcare industry, deliver better returns on investment to shareholders and greater benefits to all other stakeholders,” Azoji said.

He said that the COVID-19 pandemic had further highlighted the importance of the healthcare industry adding that Neimeth will continue to explore safe ways of safeguarding people’s health through proactive investments in research and product developments.

The six-month results built on first quarter performance and extended the positive outlook of the company. The first quarter report for the three-month period ended December 31, 2019 had shown that turnover leapt by 167.1 per cent to N606.5 million compared with N227.07 million recorded in comparable period of 2018. Gross profit quadrupled by 465.6 per cent from N53.52 million to N302.71 million. The company replaced operating loss of N119.3 million in December 2018 with operating profit of N111.68 million by December 2019. The bottom-line turned positive with a net profit of N82.65 million in December 2019 as against net loss of N139.16 million in December 2018. Earnings per share improved from a negative of 8.0 kobo to a positive of 4.35 kobo.

Neimeth is over 61 years old as a business in Nigeria. It transited from an arm of a foreign transnational, Pfizer Inc. to Neimeth International Pharmaceuticals Plc in May 1997 through a management buyout of the US investors to become a wholly owned indigenous company. Since then, the company has metamorphosed into a leading brand in the Nigerian healthcare industry with products that meet international standards.

AdanianLabs Powering the Next Generation Tech Startups in Africa