When Chairman of BUA Group, Alhaji Abdul Samad Rabiu, decided to merge the cement companies in the group late last year, one of the major reasons was to create value for shareholders and other stakeholders. BUA merged Cement Company of Northern Nigeria Plc and Obu Cement to become BUA Cement Plc. CCNN was delisted and BUA Cement Plc was listed in January.

Given the audited results of BUA Cement for the year ended December 31, 2019, the visionary leadership of Rabiu and his management acumen has been brought to bear. Despite the challenging environment that made many companies to post dismal performances, BUA Cement ended the year with N61 billion profit and the shareholders are going to smile home with a dividend of N1.75 per share.

Commenting on the results, Managing Director of BUA Cement, Yusuf Binji, said: ”Through the adoption of a focused and disciplined approach, we continue to record strong revenue growth, even as we derive revenue and cost synergies from the merger across: pricing, scale and operational efficiencies; all supported by a sustainable business model and a value-oriented strategy, which have translated to growing market acceptance and is reflective in our margins. This is despite the complexities and uncertainty that trailed the economic environment in 2019. We delivered on important strategic priorities, such as: the commissioning of our three mmtpa Line-2 at our Obu Plant in March, 2019; the merger completion between CCNN Plc and Obu Cement Company Limited and commenced the listing process of BUA Cement Plc, the resultant entity of the merger on the floor of the Nigeria Stock Exchange (NSE), with the eventual delisting of CCNN Plc.”

According to Binji, going forward, “our focus is to further harness the full benefits of the merger while making further in-roads to “new markets” both locally and outside Nigeria. We understand that the local and indeed the global economy would experience more uncertainties, yet we expect continued strong showing across the business, spurred-on by continued recovery across the global economy.”

Also commenting, Acting Chief Financial Officer (CFO), BUA Cement Plc, Mr. Chike Ajaero, said:“In 2019 we reported a decline in PAT from N64.07 billion in 2018 to N60.61 billion, which was due to income tax credit of N26.76 billion in 2018 from reversal of previous tax provision made on Obu Line 1 and deferred tax credit on securing approval for tax exemptions under pioneer status incentive in 2019. Net deferred tax charge ofN5.15 billion was provided for in the current year and actual tax payable of N475.29 million.”

“Obu Line-1 and Kalambaina Line -2 are both on pioneer status approved in February 2020 for two-years (extension) and three-years respectively. The computation of earnings per share (EPS) for 2018 has been re-stated, to reflect a business combination under common control, as at January 2018,” Ajaero noted.

BUA Cement Plc is Nigeria’s second largest cement producer and the largest producer in its North-west, South-south and South-east regions; with a combined installed capacity of 8 mmtpa and with plans underway to increase existing capacity to 11 mmtpa, through the commissioning of a new three mmtpa plant by the first half of 2021 in Sokoto State, Nigeria. BUA Cement operates strategically from Okpella, Edo State and Kalambaina, Sokoto State and is committed to quality – a differentiating attribute, driven by its people, innovation and technology; and positioned to solving Nigeria and Africa’s challenges while driving economic growth and development.

According to the company, it would complete Kalambaina Line-3 (3mmtpa) by second half of 2021. It will drive further cost and revenue synergies from merger and build on gains recorded from current footholds in new markets.

In his letter to shareholders of CCNN, last year, Rabiu said the decision to merge was primarily motivated by the board’s goal of ensuring that the company is well positioned to grow and expand in the Nigerian cement industry.

“The merger with Obu Cement will create an entity with increased production capacity. We are of the opinion that the proposed merger will create a platform where significant synergies can be obtained for the benefit of our shareholders, employees, customers, distributors, suppliers and the broader economy,” he said.

Rabiu explained that the merger will increase the production capacity of the enlarged company to 8.0 million mtpa.

“It is anticipated that in addition to meeting the demand from customers in our core regions in the country, the enlarged company would be positioned to distribute its products in new geographical markets, creating the potential for additional shareholder value creation,” he said.

On economies of scale, Rabiu said: “The merger will provide a platform where the enlarged company benefits from economies of scale in procurement, distribution and manufacturing of the products offered to our customers.

We expect the benefits accruing from greater economies of scale to accrue to many stakeholders.”

According to him, CCNN shareholders will become shareholders of a larger and highly profitable entity, stressing that synergies created as a result of the merger would create additional value for shareholders.

“Besides, the enlarged company will create a platform for further investment that will have a positive impact on the communities where the operations of the companies are present as well as for the economy as a whole,” the foremost industrialist declared.

He said this consolidation would mark the culmination of the first phase of the BUA mid-term strategic plan for its cement businesses, which currently include four cement plants spread across Obu Cement Company and the CCNN.

“A new $450million Sokoto Kalambaina II Plant is scheduled to come on stream in the second half of 2020 alongside another 48MW power plant to complement the existing assets and take advantage of a growing cement market in Northern Nigeria and the West African region. This consolidation will cement BUA’s position as the second largest cement producer in Nigeria whilst also positioning it to take advantage of the combined synergies to effectively serve Northern and Southern Nigeria based on the strategic locations of these plants – as well as a sizeable export market,” he said.

Rabiu said the board and management intended to continue creating value for the benefit of shareholders of the consolidated company by maintaining their focus on outperforming the Nigerian cement industry across key indices through a laser-like commitment to excellent products and service delivery, operational efficiency as well as maintaining leadership position in their home markets. 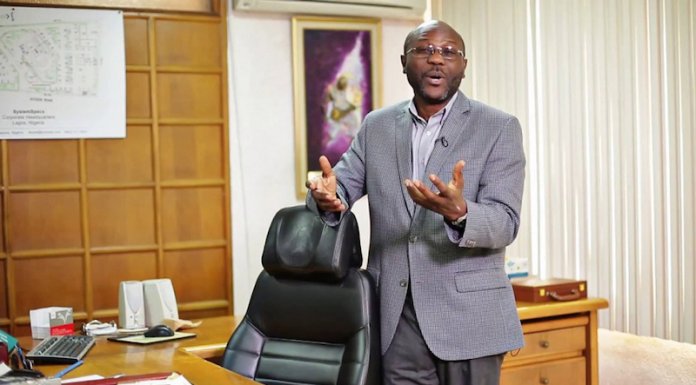 SystemSpecs: An Answer in a Time of Many Questions