Yinka Olatunbosun weighs in on the criticisms against ‘Becoming,’ a new documentary movie on Netflix based on the former US First Lady, Michelle Obama’s memoir of the same title.

Critics have called the documentary, “routine.” Some regarded it as an “extended promotional video, a cross between close contact hero worship and inspirational infomercial.” It seems that the documentary has generally failed to impress critics. Perhaps, a lot of critics were anticipating a cinematic narrative of the same account contained in the 2018 bestseller, ‘Becoming.’ That was not to happen in the movie that lasted 1hour 29minutes. The plot of the documentary movie centres on the 34-city book tour that contributed to the commercial success of the memoir. But it was a creative decision to pick the story from an unusual angle. At the risk of inspiring yawns, the director, Nadia Hallgren, started with a lot of footages from the different cities that Michelle visited during her book tour. To some degree, the movie took an up close shot at Michelle Obama as the first black First Lady in the history of United States of America.

The movie was also bashed by critics for being weak on the theme of politics. Michelle may have been a political figure by virtue of her husband’s political stance but her eight years at the White House could not be compressed into just a political frame. Her cardinal points of engagement during her period of sharing spotlight with her husband include girl-child education and empowerment as well as healthy diet and fitness. She was silent on racism, voter apathy and identity crisis while she held the spot at the White House and these are some of the thematic preoccupations in this new documentary movie.

Michelle uncovered the truth about racism in her account about her years at the Princeton University. She recounted how her roommate in her first year was moved from the room by her parents because she was black. Again, the theme surfaced when she recounted her relationship with Barack while at a law firm. On impulse, she could have rejected the relationship simply because she wasn’t going to fulfill any stereotypical expectation but she let reason prevail and eventually married him. Barack’s passion for politics caused the storm in the marriage and after counselling, it all worked in favour of both of them- eventually they made their way to the White House.

Freedom and self-discovery formed the nucleus of this scripted life at the White House. Michelle is not exactly the hard-collar woman that the public anticipated so she explored activities and projects that would fit into her persona. Combined with these is her sense of grooming and fashion. In no time, she metamorphosed into a hero and was even more popular in the US than her husband who was making policies that inadvertently ruffled feathers. If Michelle wanted to make a political statement with this docu-movie, this point of narrative would have hit the notes. Instead, she avoided criticising Trump and the Republicans and only commented on the voter apathy amongst the black community which is itself a strong civic statement that resonates even outside the walls of the United States. Deciding who rules a country is clearly a collective responsibility.

Footages from the docu-movie also include book signing and mentoring sessions, interviews with Gayle King, Oprah Winfrey as well as backstage chats with her mother, Marian Shields Robinson and elder brother, Craig Robinson which infused the movie with a good dose of humour alongside the surprise appearance of her husband with a bouquet of flowers. The only tacky scene is at the movie’s opening where Michelle shows the viewers how her day usually starts with music, plugged into her ears rather than have it blasted through the car sound system. It could have been a bit more cinematic with creative shots at her vehicles’ wheels or anything else. The director said in an interview with LA Times that she didn’t know the visuals would be used for a documentary movie. Any content maker should know better than that; audio, videos, pictures, letters, posters, cards and many other essentials have been collected as ingredients of many documentaries. Perhaps, she could have been more conscious of her shots if she had a clue. And the way the song, “Girl on Fire” cut in at one of the scenes left the throat dry, quite amateurish. As a whole, ‘Becoming’ isn’t entirely a time waster but a family movie that has something for everyone.

Many critics may have also failed to see how the reading culture had been impacted by the book, ‘Becoming’ as the concert-size auditoriums reflected the warm reception of the reading audience for the author who gave credits to early influences, inner will and courage to achieve the American dream.

Becoming is an inspirational docu-movie that doesn’t just tell you about its central character but how she has changed the world one shot at a time, giving voice to the unheard. The unheard could be woman dealing with post-partum depression or a girl trying to overcome economic hardship to succeed.

The movie which was released on May 6 on Netflix is produced in conjunction with the Obama’s Higher Ground Productions. 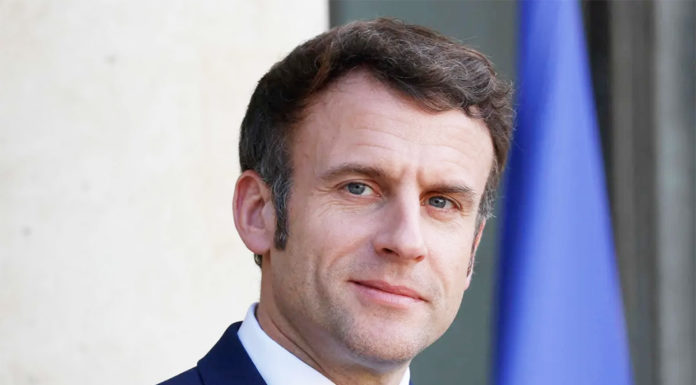 DEBORAH: THE RULE OF LAW MUST TRIUMPH