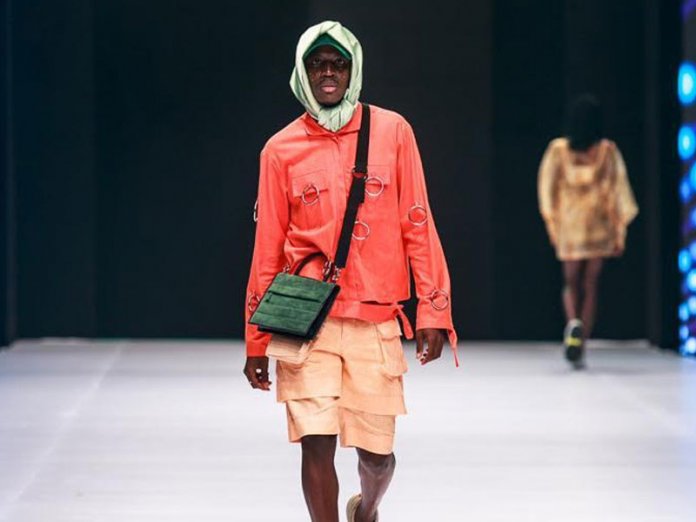 The Nigerian fashion industry is rapidly indulging young males in its fast growing spin of glamour. In a country where things like modelling were formerly alluded as woman-like and male models were seen as effeminate; the story like has in recent times taken to a swift plot twist. Wole Lawal, a Lagos bred Nigerian model is one of the spiders that have been caught in the web of this paradigm shift.

Oluwole Abdul-Azeez Lawal, known as “Wole Lawal” hails from Ogun State, Nigeria. He had his primary and secondary education in Corona School, Ogun State. Like most young men in the country, Wole had dreams of having his tertiary education abroad in order to ‘become somthing’.

After his secondary education, he spent two years for his A-levels at Malvern College, Great Malvern, Worcestershire, England. Subsequently, has acquired a bachelor’s degree from the University of Essex in Biochemistry (Including a Placement Year) and at the end of that, he obtained a master’s degree in Innovation, Entrepreneurship and Management from Imperial College London.

Despite having accomplished all his educational dreams, Wole’s true passion began to surface. At the age of 21, his modelling career kick started. In 2015, he started modelling for Orange Culture and has graced the pages of various magazines including Vogue. In 2017, he worked with “A Nasty Boy” for a one-off shoot to test the masculinity in Nigeria. Wole Lawal had his first runway show at the London Fashion Week where he walked Orange Culture at the Freemason’s Hall, London. He walked for various brands in 2017, 2018 and 2020 at the Lagos Fashion and Design Week. Wole Lawal was the face of Okunoren in 2019.

Being one of the few male models in Nigeria who shrugged off the coat of stereotype and intimidation to take on their dreams, Wole gradually ascended the ladder of recognition in Nigeria’s fashion world, turning heads and moving eyes wherever he went. In a few years from now, would we be looking at the chronic bookworm as the future of Nigerian male modelling?

Telecom Subscriptions Up Slightly in One Year to Reach 198.1M with 103.79% Teledensity in February