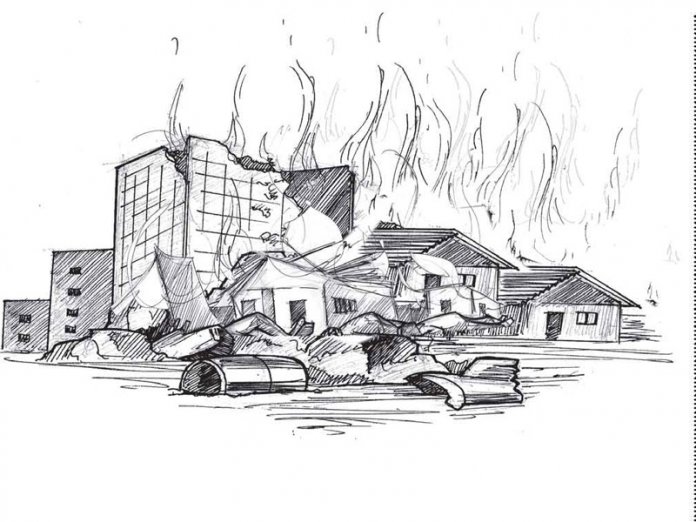 The relevant authorities should be alive to their responsibilities

It is quite ironic that kerosene, which is a common domestic fuel among the society’s poor, is today one of the most expensive of all the petroleum products in Nigeria. Even worse is the fact that the product has progressively become the source of death and bodily injuries for innocent users. On a regular basis, kerosene explosions have occurred either from cooking stoves or lanterns, and given the dismal energy crisis in Nigeria, a complete escape from the use of the product is difficult. Even people who do not use kerosene for cooking may have to use it to fuel their lanterns which have become essential household appliance in many homes across the country especially in rural and semi-urban homes.

Despite assurances from the authorities, of increasing concerns are these explosions and the number of lives that are lost as a result. Ironically, the intense campaigns on the need for Nigerians to drop kerosene for gas as a cheaper and cleaner means of cooking have not achieved any meaningful results. Meanwhile, there have also been many fatal gas explosions across the country, killing hundreds of our citizens and injuring several others. But the present concern is about kerosene that is fast becoming a bomb for many of our citizens who rely on it as their main source of energy.

Last week in Choba town, Obio/Akpor Local Government Area of Rivers State, a woman and her two children lost their lives when the stove the deceased mother was using to prepare food exploded. Worried by the incessant explosions, the Cross River chapter of the Independent Petroleum Marketers Association of Nigeria (IPMAN) has banned the sale and purchase of kerosene by surface tanks in the state. “I want to warn all our members that nobody should put kerosene (DPK) in a surface tank outside the filling stations. I want to know the area this problem is coming from so I can block it,”, said Edet Umana who argued that the ban was necessary given the number of lives that had been lost as a result of such explosions.

Time and again, kerosene explosion has claimed lives across Nigeria and when it happens, nothing logical comes out of the investigation. And perhaps because the victims are usually poor people, there is never a response from relevant regulatory authorities like the Department of Petroleum Resources (DPR), Nigerian National Petroleum Corporation (NNPC) and its subsidiary, Pipelines and Products Marketing Company Ltd (PPMC). These agencies of government have never taken responsibility for the rising trend in kerosene explosion nor has it come in aid of the victims. All that they have done has been to give excuses for what is clearly a failure of their oversight responsibility.

Up till now, the identification of the elements involved with the sale of adulterated kerosene is unknown and so it is quite difficult to even arrest and prosecute anybody unless credible surveillance efforts are mounted to unravel whatever mysteries there is in the ugly development. It would be nice to also note that it is not so clear if the PPMC, the government agency in charge of the distribution of petroleum products in the country, has functional and direct channels of communication with the end users. The fact that adulterated kerosene which kills people continues to be imported into the country by some unscrupulous marketers without any sanctions is very unfortunate indeed. Therefore, something has to be done quickly to protect the poor who rely on kerosene as an energy source.