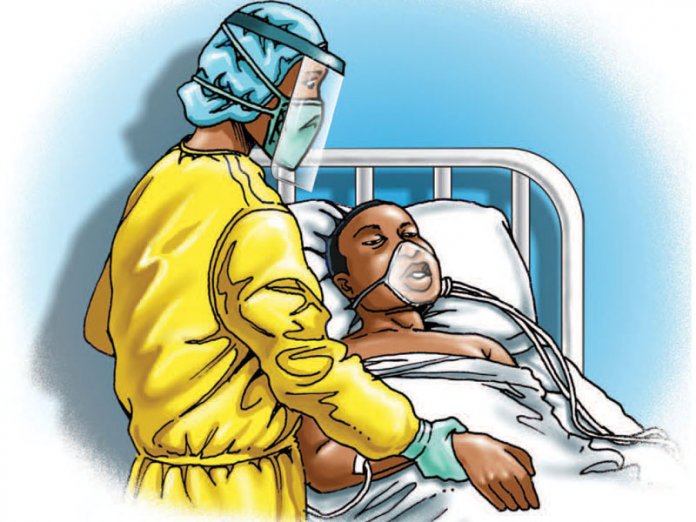 The image I had about death whilst growing up on the dusty streets of Abeokuta in the seve
nties ran parallel to the symbol of death expressed in Greek mythology. In Greek mythology, Thanatos, a winged and grit youth, personified death and represented the concept of non-violent death. In Abeokuta, the folkloric utterances of my grannies guided the impression I had about death. My grannies personified Iku (the Yoruba word for death) as a merciless, brash, incorruptible and mystical beast in skeletal form, going around homes with a gigantic club clutched in the palm of one of his hands to strike his victims.

Those folklores on personalization of death sank into my system with palpable fear, forming an aspect of my young mind’s software; a software that was devoid of contamination by external viruses for many years. In later years, the bulk of that perception changed; influenced by exposure to extensive literature on death and living creatures, including experiences garnered from different environments, I lived in. I grew more in knowledge and understanding about the subject: Death is neither an opponent to avoid nor an enemy to conquer. In the physical realm, death is as invisible as it is inevitable.

I have learnt that death can come to humans through violent and non-violent means. I have learnt that you do not need to wait until death is at your doorstep before you start to really live. I have learnt that the impact of death goes beyond the pains, tears, grief and sorrow you experience when someone you love dies. I have learnt – as Elisabeth Kubler-Ross (1926 – 2004), a world acclaimed psychiatrist, put it – that death should be viewed as ‘one of the most constructive, positive and creative elements of culture and life’. It follows from this that mankind should seek to understand death and prepare for it.

How do you understand death? How do you prepare for a subject that has adorned the toga of a taboo in some cultures, over the years? First you have to seek for the meaning of physical death and spiritual death. You have to accept the inevitability of death and its reality as the optimal level you can attain in physical growth.