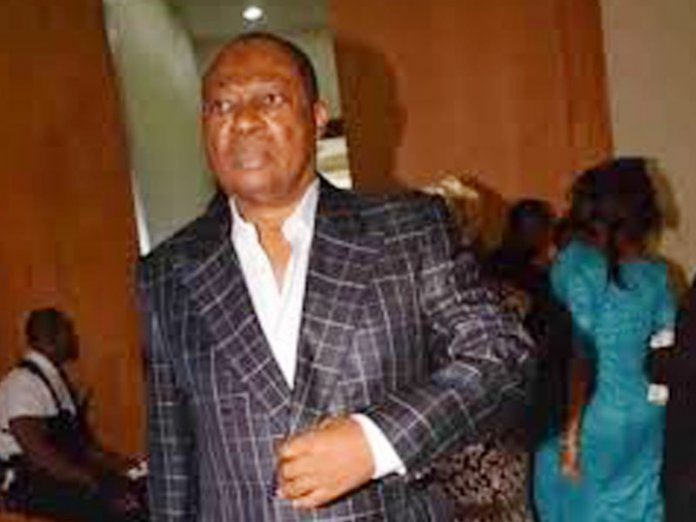 Transitions, changes and every other phenomenon of related ilk quite evidently exist for some purpose or the other in this world. Yet, on no other subject under the sun has humanity had cause to express ignorance and morbid embarrassment. In death, for instance, one is faced with an opponent that would sooner rend the cards than deal them, sooner crush its guests than coddle them, sooner take away all things than leave any behind. A new card has been taken away from the Nigerian peoples, the man that was Willy Anumudu.

The ranks of Nigerian high societal class have been thrown off course with grief over the passing away of automobile superman and salesman, the very accomplished Chief Willy Anumudu. This is the renowned figure whose enterprising operations were behind the founding and management of one of Nigeria’s biggest car-dealing establishments, Globe Motors.

The news of Anumudu’s death was reported by the distinguished publisher of Ovation Magazine, Dele Momodu. He it was who reported on Twitter that the giant of car sales had passed on following health challenges. It has also been reported that Anumudu’s passing is not to be credited to the dreaded Covid-19 virus, because Chief Anumudu had been tested and found without it.

Regardless, in a bid to treat him, plans had already been launched to have Anumudu air-lifted to Germany. Unfortunately, it was for nought as the man – who is described by Dele Momodu as a popular socialite, and so jolly a good fellow he was everybody’s friend – gave up the ghost in the early hours of Tuesday, the 21st of April, at the age of 69.

Countless dignitaries and members of the society have taken it upon themselves to console the family of Chief Anumudu, comprising his wife Nkiru (who was in London when Anumudu passed on) and his kids – Uzoma, Eyinna, Zinna and Zikky.

Chief Willy Anumudu will not be forgotten easily. His life is one narrative of desire and determination, foresight and genius, and a robust idealism that saw dreams take form.