A seven-year-old boy was killed while scores sustained various degree of injuries when hoodlums attacked the home of the former Olugbo of Ugbo, Prince Adebanjo Mafimisebi.

The seven- year-old boy identified as Marvelous Akintubuwa, was thrown into the river while his corpse was discovered floating yesterday morning.

It was gathered that the hoodlums numbering 50, invaded the house which served as palace for the former Olugbo at about 2a.m. on Thursday, beating the occupants of the old palace including the Olori of the former monarch.

According to findings, property in the building were moved out and set ablaze by the hoodlums, while residents of the community who tried to intervene were matchetted and chased out of the town.

Sequel to the attack, the Mafimisebi family had petitioned the state governor, Mr. Rotimi Akeredolu and security agencies in the state to intimate them about the ugly development.

In the petition signed by Idowu Mafimisebi of Mafimisebi, Jayeola and Company, the family complained about the brutality of the former monarch’s family and destruction of his property.

The solicitor, who narrated previous disagreement between the former monarch and the current monarch on the land on which the former palace was built, alleged that Oba Obateru Akinruntan, had insisted that the former Oba and his family should move away from the place.

The lawyer alleged that it was surprising that the current Oba took laws into his hand by various means, despite the court process on the matter.

Akinruntan, said as the head of the community, he was a father to all residents of Ugbo Kingdom and he would never do anything that can put the community in crisis.

Ikoro, in a telephone interview, said it was caused by land dispute between two groups.

The PPRO confirmed that two houses were destroyed during the clash while some people were injured.

He said the Commissioner of Police delegation and the Deputy Governor had visited the community and had held meeting with the leaders in the community adding that normalcy had returned. 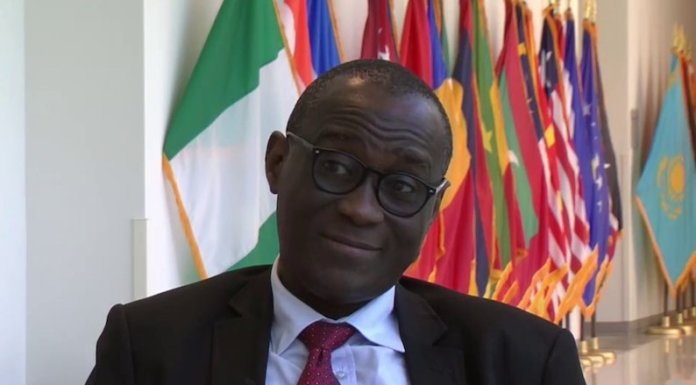