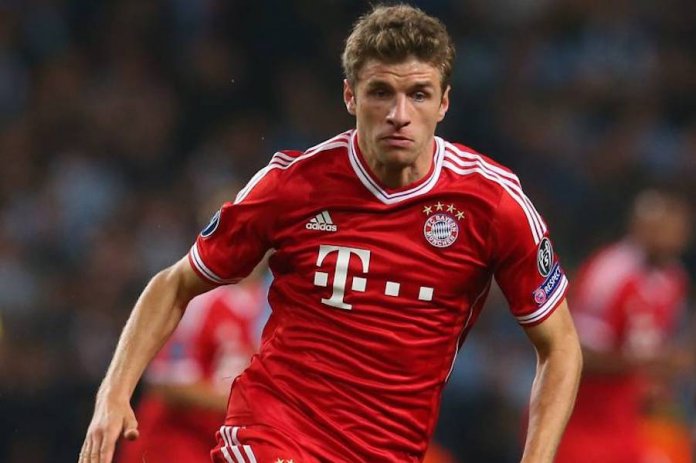 Thomas Mueller looks set to spend his entire career at Bayern Munich, who he describes as his ‘passion’, after signing a contract extension until 2023, the reigning Bundesliga champions announced on Tuesday.

The 30-year-old joined the club as a schoolboy in 2000, making his debut for the Bavarians eight years later and has since racked up more than 500 appearances.

Having risen up through the youth ranks, Mueller is a club icon who has won eight league titles, five German Cups and the 2013 Champions League.

“I’m happy that we’ve reached agreement with Thomas. Thomas is a special player for us, a figurehead for the club and our fans, a leader who shows the way on the pitch and has achieved a lot with FC Bayern,” sporting director Hasan Salihamidzic said in a statement.

The new deal comes after Mueller worked his way back into the side under coach Hansi Flick this season after being frozen out by previous boss Niko Kovac.

Flick himself signed a deal to make his contract permanent until 2023 after guiding his outfit back to the top of the German top-flight.

Mueller scored 38 goals for Germany in 100 internationals and was a key part of the team which won the World Cup in Brazil six years ago.

In the wake of Germany’s disastrous 2018 World Cup campaign, Mueller, Mats Hummels and Jerome Boateng were told the following March they were no longer in the plans of national head coach Joachim Loew.

However, Mueller could yet still feature for his country having been told he is the frame to be selected for the Tokyo Olympics, postponed until next year due to the coronavirus pandemic.