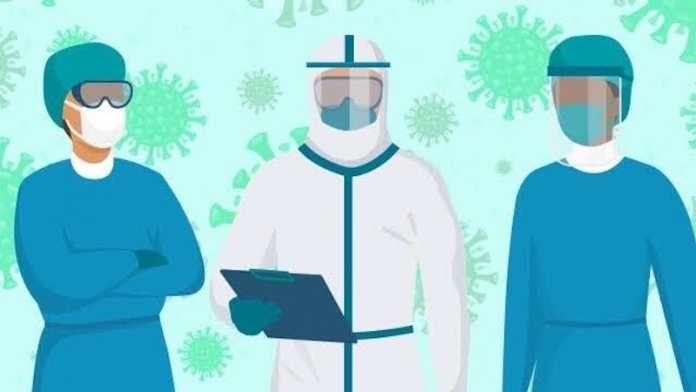 Capitalism is simply money-making for a few at the expense of the vast majority on a global scale.

The productive and service capacity of humanity is enough to resolve all problems in societies- be it education, healthcare, housing, food, etc., but we are confronted with a system that prioritizes profit and privileges for a few over human needs.

The crude reality of the capitalist market economy manifested as usual before our very eyes when COVID-19 became a global phenomenon and prices of medical facilities and drugs skyrocketed in the face of sorrow, agony and death. The Governor of New York, Andrew Cuomo informed us recently that the price of ventilators soared from about $20,000 to $45,000. In Nigeria, just to mention a few medical items, the price of a cartoon of face mask moved up shockingly from N11,000 to about N400,000; the price of a cartoon of hand glove moved from N14,000 to N45,000; no thanks to Donald Trump, the price of a pack of 100 tablets of Chloroquine moved from N800 to about N8,000.

This is not the problem of the shylock retailers OR ambitious wholesalers alone, it is the greedy profit motive of the manufacturers whose preoccupation is to lower cost as much as possible even if it entails paying workers peanuts and increasing revenue/profit. They say competition inevitably brings down the price but we only saw competition amongst the companies to increase prices. Public owned pharmaceutical companies under the democratic control of the working class and consumers in line with the nationalization of key sectors of the economy, production of medical items and services will be planned to meet peoples’ needs- price hikes and hoarding will not rear its ugly head.

As a result of COVID-19, over 60,000 deaths and over 1.1 million people are infected has been recorded, there are companies that are smiling to the Banks just like arms/weapon companies smiled to the banks as the US invaded Iraq, Saudi Arabia and Iran proxy war in Yemen, Russia war intervention in Syria, and daily repression of working people across the world. It was a boom in January and February 2020 as American companies sold face mask, surgical garments and ventilators worth $17.5 million, $13.6 million and $27 million respectively to China.

The pursuit for profit makes it impossible for the workers to buy back what they produced driving the bourgeois to seek more markets, raw materials and exploitation beyond the nation-state leading to imperialist globalisation of boom and bust.

Unfortunately, the trade union movement globally has become second-eleven of the capitalist class, acting as bellboys and defending the system, rather than building a powerful movement of the working class to defend their economic, social and political interests. Karl Marx made the clarion call on workers and the poor of the world to unite, it is this class unity that will confront the capitalist class in a class struggle, defeat it and transform the world into one big country where racial, nationality, religious and tribal division will become inconsequential; global rat race becomes a true human race; production is built around what everyone needs and not for the profit of a few; wars become things of the past; VIPs (Vagabond in Power)- kings, queens, capitalist, landlord, bankers will vanish.

Capitalism breeds poverty, wars, crises and we need socialism as the only genuine alternative; if we have not learnt enough lessons, COVID-19 teaches us how Virus disease can lock down the whole world more than first and second world wars put together without firing a single missile because the capitalist system leaves humanity vulnerable!

Quote
The pursuit for profit makes it impossible for the workers to buy back what they produced driving the bourgeois to seek more markets, raw materials and exploitation beyond the nation-state leading to imperialist globalisation of boom and bust