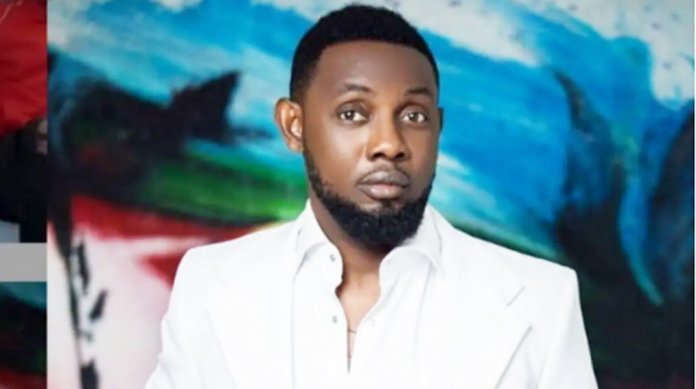 A ward-winning Nigerian comedian and filmmaker, Ayodeji Makun, popularly known as A.Y has opened a brand new comedy series titled “Call to Bar”. The new comedy series comes off as AY’s personal experience in his early days as a bartender at NNPC Junior Staff Club in Warri, Delta State. Nollywood actors and comedians like Ik Ogbonna, Williams Uchemba, Linda Osifo, Chi Gurl, Osas Ighodaro, Buchi, Broda Shaggi, and Sexy Steel among many other fantastic acts are in the comic show.

The series is directed by Patrick Ovoke Odjegba with the first episode entitled “The Bragger”. AY is not new when it comes to comic shows on television. His AY comedy skit series comes to mind. The show eventually metamorphosed to AY live show which is an annual comedy show that has attracted massive sponsorship from corporate brands and high net worth individuals and socialites. AY the actor, comedian, radio and TV presenter, who ventured into acting in 2014 in the movie Being Mrs. Elliot.

Since dabbling into movie, AY has earned accolades for his movie productions. Akpo’s as he is called in the comedy sector directs and acts in one of Nigeria’s popular sitcom, AY’s Crib. He also hosts one of Africa’s largest comedy shows, AY Live featuring many other top comedians. AY came into spotlight after being Alibaba Akporobome’s Personal Assistant and event manager. For quite some time, AY has had a fascination for movie production.

His first movie as a producer was 30 Days in Atlanta, hilariously adventurous. The film broke Nigeria’s box office record as the highest domestic grossing film in 2015 and was listed on Guinness Book of World Records. The film also paraded Nollywood giants like Richard Mofe Damijo, Ramsey Noah and Mercy Johnson. Other Movies produced by the comedian are A Trip to Jamaica (2016), 10 Days in Sun City (2017) and The Merry Man (2018).

As is well known of the award winning comedian, AY recently took a swipe at Nigerian politicians who have in the past few days tested positive to Coronavirus. Reacting, AY on his Twitter page, while mocking the politicians told them to receive treatments at the poor health centres they built.

He stated that the Coronavirus crisis would eventually have a positive effect on Nigeria’s health sector. His tweet read: “All the politicians testing positive should be taken to the poor health centers they initially left for the masses. Either we like it or not, the Covid-19 will have a positive impact on the Nigeria system of government, particularly the health sector.” As an investor in stand-up comedy, he has influenced upcoming comedians through his AY “Open Mic Challenge”.