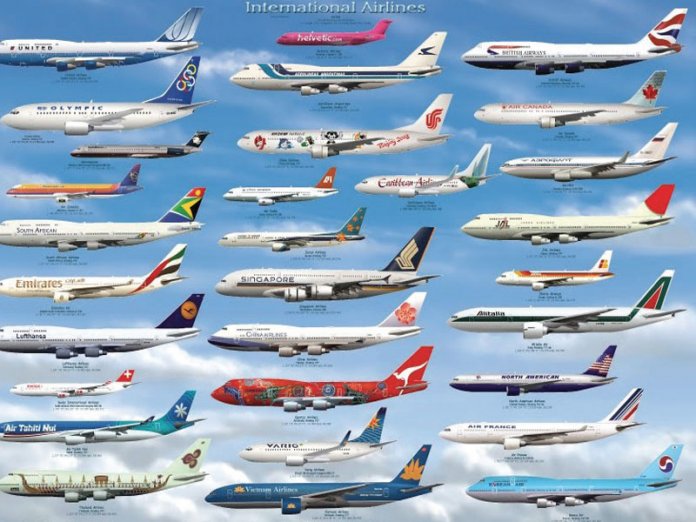 The International Air Transport Association (IATA) has announced that airlines may burn through $61 billion of their cash reserves during the second quarter of 2020, while posting a quarterly net loss of $39 billion. IATA also revealed that over 7000 aircraft have been grounded worldwide due to the pandemic.

The global body said the analysis was based on the impact assessment it released last week, under a scenario in which severe travel restrictions last for three months.

It explained that under this scenario, full-year demand falls by 38 per cent and full-year passenger revenues drop by $252 billion compared to 2019. It added that the fall in demand would be the deepest in the second quarter, with a 71 per cent drop.

Meanwhile, new data compiled Cirium, travel data portfolio company has shown that over 7,000 aircraft have been stored since the coronavirus lockdown globally.

The company noted that as with most things with the coronavirus, developments have been coming fast; news and advisories seem to change every day – and that appears to be holding true even with airlines.

According to new information from data and analytics firm, Cirium, over 7,000 aircraft from global airlines had already been stored to ride out the rest of the coronavirus outbreak.

As countries continue to close their borders and travellers opt to stay home, significant portions of fleets have already been grounded.

Since last week, the number of grounded aircraft grew by 800, according to Cirium, which now reports 6,639 aircraft in storage globally last week.
For Boeing aircraft, Cirium stated that 2,542 aircraft were grounded, including the previously grounded 737 MAX aircraft – 1,671 narrow-body and 871 wide-body aircraft. Altogether, each variation of aircraft breaks down as follows: 8, 536 Boeing aircraft and 2,608 Airbus aircraft grounded globally, which include 1,837 narrow-bodies and 771 wide-bodies. The number of aircraft in storage breaks down as follows:

It noted that the aircraft are stored all over the world at around 600 locations. For British Airways, that means predominantly at its base at London Heathrow for its wide-bodies, as well as Manchester and Cardiff. Its narrow-bodies – specifically A321s – are, for the most part, in Glasgow. Meanwhile, for Virgin Atlantic, most of its aircraft are in Bournemouth, Glasgow Preswick, Glasgow or London Heathrow.

Last Monday, Ryanair, Europe’s largest budget airline announced that it was completely ending commercial operations until at least June. While it’s still flying some aircraft for repatriation and humanitarian efforts, but by Wednesday last week, all commercial flights were had been suspended.
There are indications that the pace at which airlines are parking their aircraft would continue for the weeks and potentially months to come. During parts of April, Virgin Atlantic only expects to operate six aircraft at a time.

Consequently, the eight local carriers have parked about 77 planes in Lagos, Abuja and other airports.

Air Peace, which has the highest fleet of 27 aircraft, has over 3,500 workers; Arik Air has parked seven planes and has about 1,800 workers, according to findings; Aero has over 850 employees and has four planes in its fleet as well as a functional hangar where routine aircraft maintenance is carried out on a commercial basis for other airlines.

Dana Air has about 630 workers and grounded about nine planes throughout the period of the lockdown; Max Air, which has functional private charter and Hajj business outfits, possesses 14 aircraft in its fleet with over 600 employees, while Azman has parked five aircraft.
Overland Airways has also parked seven planes, while Ibom Air owned by the Akwa Ibom State government has over 200 employees and has parked three airplanes.

However, Aero after suspending its operation has prepared itself to operate humanitarian flights for the federal government in the fight against the spread and treatment of cases of coronavirus.
Also Air Peace on Sunday engaged in charter service and airlifted Israeli citizens living in Nigeria to Tel-Aviv, while it also conducts local chatter service.

The CEO of Aero Contractors, Captain Ado Sanusi told THISDAY that although the airline grounded its fleet, but its engineers have kept the equipment on maintenance preservation so that they would remain active until they would be put in operation again.

The Nigerian Civil Aviation Authority (NCAA) has issued a circular on that, directing the airlines and other aircraft owners to engage in routine maintenance of their equipment during the grounding of flight operations.