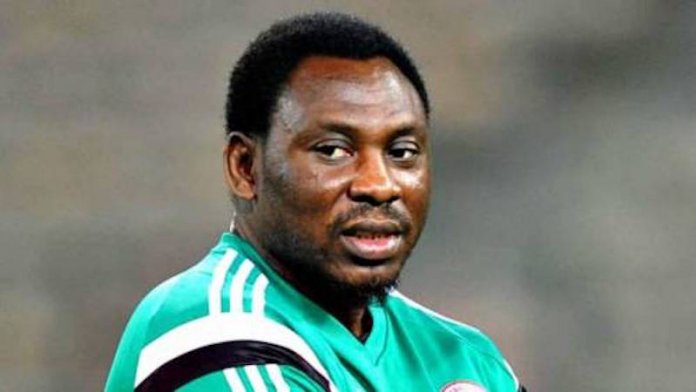 Speaking during his “The Bull’s Pit” Brila FM Sports Radio show yesterday, Amokachi insisted that in terms of laurels won for both club and country, Mikel stands shoulder above all other former Nigerian internationals.

“Mikel is the greatest player. He has won everything that a player can hope to; the Champions League, Europa, AFCON in 2013 and he also captained the national team,” observed Amokachi fondly called the Bull during his playing career.

He said laurels decide who a great footballer is. “As a footballer, your laurels count and that will surely count for Mikel because nobody has won that much in Nigerian football,” stressed the former FA Cup winner with Everton.

Amokachi who earned 44 caps for the senior national team is Nigeria’s Football Ambassador. He’s also speculated to be in the shadow to take over as the Technical Director of the Nigeria Football Federation (NFF).

Mikel who recently walked away from Trabzonspor in the Turkish topflight, played 11 years at Stamford Bridge during which he won the UEFA Champions League, the Europa League, two Premier League and the FA Cup.

Mikel who will be 33 years old on April 22, began his football career with Plateau United of Jos before joining Norwegian club Lyn Oslo at the age of 17 in 2004.

In 2006, barely months after leading Nigeria to a silver medal finish at the 2005 FIFA Under-20 World Cup in The Netherlands, made a controversial transfer to English club Chelsea. Manchester United claimed they had earlier signed him.

Mikel stayed with Chelsea for 11 years, before moving to China with Tianjin TEDA in 2017.

After two years in China, he returned to England on a short-term deal with Middlesbrough, before joining Trabzonspor on a free transfer in July 2019.

He quit the Super Eagles after he led the team to a bronze finish at AFCON 2019 in Egypt.