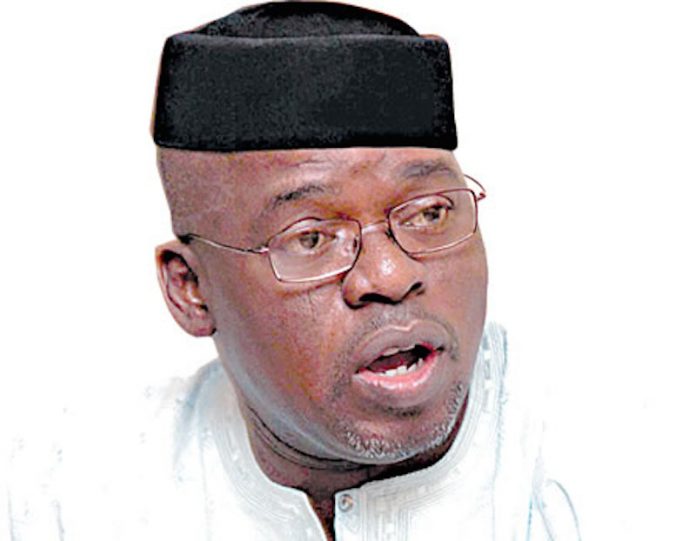 A former Governor of Ekiti State, Chief Segun Oni, has clarified that his defection to the Peoples Democratic Party (PDP) is not motivated by a desperate quest to be governor in 2022.

Oni, a chieftain of the All Progressives Congress (APC), said he decided to return to his former party owing to alleged discrimination against his supporters by Governor Kayode Fayemi and his loyalists.

The former governor and his supporters across the 16 local governments of the state on Sunday took the decision to return to PDP, the party they left in 2014, in controversial circumstances.

Oni, who addressed journalists through the Director General of his political platform under the acronym ‘Atunse Ekiti Movement’, Hon. Ife Arowosoge, stated that the decision was part of the collective resolution taken by loyalists in view of alleged maltreatment being inflicted on them in APC.

He said he found the PDP more captivating at this time having learnt its lesson from the defeat of the 2015 general elections, describing the opposition as better organised and more democratic than it was in the past.

“At the meeting held at Ifaki Ekiti and attended by 250 Oni’s core loyalists they resolved that the supporters were being treated like lepers in Ekiti APC.

“It was our observations at the meeting by our loyalists that Ekiti APC doesn’t believe in democracy from ward, local government and state levels, while appointments to government positions at the state and federal levels are limited to family members, friends and associates of the governor.

“Dr. Kayode Fayemi and his group in Ekiti introduced a novelty of nepotism and clannishness in selecting people into elective positions that is not known to democracy anywhere in the world. In the last election, no nomination form was made available or refund made to any of Oni’s supporters.

“Many of our members were threatened with expulsion and suspension while some handpicked ward executives were instigated to suspend him indefinitely. We sent a petition to the NWC about this irresponsible action, but nothing was done.

“For all these, Atunse Ekiti sees no future for their members in APC because of deep rooted impunity and display of hatred for Segun Oni. This group thereby advised their leader, Segun Oni , whom they have been following for his integrity, honesty and incorruptibility and records of performance anywhere he serves to lead them out of APC to PDP,” he said.

Defending his return to PDP, Oni said: “The party has made mistakes and apologised, but things are getting worse in APC. We have contributed to APC but get nothing in return, so our defection is justifiable and not self-serving.”

But the APC’s state Publicity Secretary, Hon. Ade Ajayi, who responded to the issue, said the party never gave Oni any unfair treatment, rather he was accorded the necessary respect and recognition when he joined the party from the PDP in 2014.

“We are not surprised that he is going back to PDP where he came from, but I don’t know the shabby treatment that made him to defect to PDP.

“He was suspended from his political ward because he offended them and instead of him to attend the ward meeting to explain himself, he refused. Don’t forget the constitution of the party stipulated that anybody, no matter how highly placed can be disciplined by the party.

“If he is now accusing the state executives or leaders, I will rather say he is an ungrateful soul because the party gave him the patronage he does not deserve,” Ajayi said.