Despite the looming trouble posed by COVID-19, Nigeria waited until the outbreak surged before taking strong travel measures against the virus; an action long overdue for a country with one of the weakest health systems in the world. Martins Ifijeh writes

As the COVID-19 pandemic continues to sweep across countries, killing 8, 272 persons and infecting 206, 900 people in 167 countries of the world, several nations have continued to take drastic measures to curtail its further spread.

From banning public gatherings, to shutting down private and public institutions, up to placing travel bans on high risk nations, the list of in-country measures remain endless.

As of yesterday, not less than 90 countries, including nations with strong healthcare systems, have instituted these stringent measures while some have dedicated huge sums of their capital to ensuring their citizens are safe from the upset the outbreak is causing around the world.

For instance, the United States has placed a travel ban on all European nations and several Asian countries including China, South Korea, Japan, Iran, among others. It also advised high risk states to suspend public gatherings, including schools.

Despite Canada and US being close allies, they mutually agreed to issue travel ban on each other yesterday.
Most European countries have placed a total lockdown on their nations; banning transport systems, public gatherings, schools, offices, and restrictions of citizens to their homes.

Spain, Italy, Germany and other neighbouring countries have invoked emergencies, calling on all residents to remain indoors until the outbreak is curtailed. Majority of these countries have locked their borders against foreigners, a measure they all say was temporary and necessary for the times.

Colombia, Chile, Venezuela, Uruguay and many countries in South America have outlined measures to combat the pandemic, including placing travel restrictions on high risk countries.

Many African countries, including South Africa, Ghana, Algeria, Egypt, among others have started to take same strong measures, as this has been observed world over as the most potent way to curtailing foreign threats associated with the novel coronavirus.

On Monday, South Africa banned entries into the country from China, Iran, Italy and other nations with high cases of COVID 19.

It also revoked nearly 10,000 visas issued this year to people from China and Iran, noting that visas will now be required for other high-risk countries that had been visa-free, including Italy and the United States.

Its Health Minister, Zweli Mkhize who announced this, said a lockdown might be necessary if tough new measures it had put in place, including travel restrictions and school closings, don’t work.

Ghana has imposed a temporary ban on travelers from countries that have recorded 200 or more cases of COVID-19. This ban is however not applicable to Ghanaian citizens or foreigners with valid Ghanaian resident permits.

Its Information Minister, Kojo Oppong Nkrkumah, said, “All travel to Ghana is strongly discouraged. Non-Ghanaian citizens who within last 14 days have travelled to countries with more than 200 confirmed COVID-19 cases are barred from Ghana. There is also a mandatory 14 day self-quarantine upon entry to Ghana by Ghanaians”.

Even some countries that are yet to record single cases of the disease are also putting these measures in place, as part of efforts to keep the virus at bay.

For instance, Fiji, a country in the continent of Oceania has toughened border security. It has closed all borders to foreign nationals who have been in mainland China and other high risk countries within 14 days of their intended travel to Fiji.

Fiji has not recorded any case of COVID 19.
Fiji’s Prime Minister, Frank Bainimarama announced that from last Sunday, cruise ships will be banned from berthing anywhere in Fiji and international events will not be allowed in the country anymore, adding that government ministers and staff will be restricted from traveling overseas.

While many countries took swift measures against the spread, it took Nigeria, a nation with one of the weakest healthcare systems globally, eight confirmed cases of the virus before issuing travel ban to 13 countries. This was despite the clamour from Nigerians since the last one week to take the action.

12 of the confirmed cases were exported into Nigeria from US, Italy and UK. The 13th person who contacted it from the Italian index case has since returned negative and be discharged.

Nigeria, many pundits say does not have the capacity to address large outbreaks of the disease due to its poor health system. The country budgets too little for healthcare, including epidemic preparedness. For 2020, it has budgeted only N8.00 for the prevention, diagnosis and management of disease outbreaks of each Nigerian in the national budget.

It is believed Nigeria delayed the travel ban and other stringent measures because it was still basking in the seemingly fragile management of the disease. Should decision had been made earlier, the six new cases would between Tuesday and Wednesday would not have found their way into the country.

Now waking up to its responsibility, the Presidential Task Force on COVID-19 decided to do the needful by banning the aforementioned countries. It also said persons arriving Nigeria who might have visited these countries, 14 days prior to such arrival, will be subjected to supervised self-isolation and testing for 14 days.

“The federal government urged all public health authorities of countries with high burden to conduct diligent departure screening of passengers and also endorses these travel advisories to their nationals to postpone travels to Nigeria.”

Earlier, the former Chairman, Senate Committee on Health, Senator Lanre Tejuoso said Nigeria was good at handling emergencies, including health emergencies, but pundits believed haven successfully halted the in-country transmission of COVID-19 from the Italian index case last week, the country started pushing its luck too far by not taking the necessary measures to ensure the virus was no longer exported into the country.

It is believed the country only has the capacity to manage few cases, as indications on ground suggest that its healthcare system may crumble in the face of large outbreaks.

Countries with the best of healthcare system, including China, Italy, United Kingdom and Germany already, are warning that the increased cases of the disease was halting their healthcare system.

The best the country did all last week in terms of travel restriction was to place some countries only on ‘watch list’, which signified travelers from these countries were asked to undergo 14 days self-quarantine upon arriving Nigeria. Their health forms were also double-checked by airport authorities, and then left to walk into the country to integrate with Nigerians.

With the surge in COVID-19 in the country since yesterday, time will tell if the spread can be curtained or not. 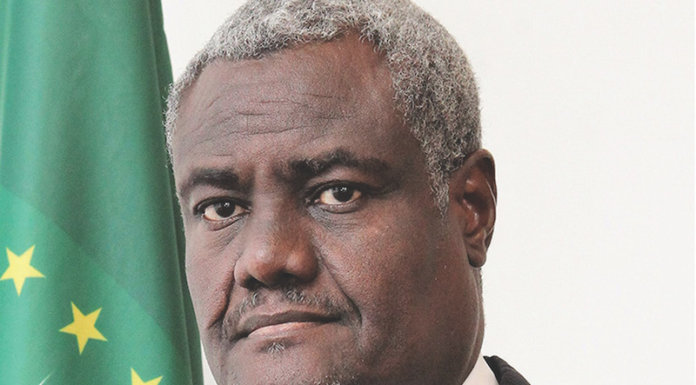