The Young Progressive Party (YPP) on Wednesday dragged an Abuja High Court Judge, Justice Bello Kawu, before the National Judicial Council (NJC) over alleged act of professional misconduct amongst others in the case between one Anani Chuka and Senator Ifeanyi Ubah.

Justice Kawu had in the said case ordered the removal of Senator Ubah from office as a senator having allegedly found him guilty of forging his National Examination Council (NECO) certificate to aid his qualification for the Anambra South Senatorial District election which held on February 23, 2019.

Although Senator Ubah has appealed the judgment with the appellate court to deliver its verdict in the appeal latest Thursday, March 19, 2020, the YPP has however approached the national body that is saddled with the affairs of judges in the country to investigate Justice Kawu with the aim of correcting any perceived wrong the judge may have engaged in during the course of hearing and determining the case.

The letter titled: ‘Petition on Judicial Misconduct against Hon. Justice Bello Kawu in Respect of Suit No: CV/3045/2018: Anani Anacletus Chuka vs Ubah Ifeanyi Patrick and Others’, cited by THISDAY was dated March 16, 2020 and signed by the YPP’s National Secretary, Mr Vidiyeno Bamaiyi.

Bamaiyi, in the letter addressed to the Chief Justice of Nigeria (CJN) and Chairman of the NJC, Justice Ibrahim Muhammad, prayed the council to give urgent and necessary attention to their complaint and safe the Judiciary from disrepute.

“My Lord, considering the need for the protection of the integrity of the judiciary, we are constrained to bring the foregoing to the attention of the National Judicial Council to investigate and properly discipline Hon. Justice Kawu for his misconduct as we believe that his conduct is unbecoming of a judicial officer and has brought shame and disgrace to the judiciary,” part of the letter read.

According to the petitioner, the alleged act of misconduct of the judge was discovered when Senator Ubah lodged an appeal at the Court of Appeal challenging the ruling of Justice Kawu which dismissed his motion seeking to set aside Kawu’s earlier judgment which ordered his removal from office.

Justice Kawu had on April 11, 2019 ordered Ubah’s removal as Senator and went ahead on January 17, 2020 to affirm his judgment.

The YPP, in the petition, claimed that court documents relating to the case were forged by lawyers said to be working for the benefactor of the judgment with support of the court’s staff.

“From the documents received from the Registry of the FCT High Court, all processes filed in this suit were backdated by the plaintiff with active connivance of Hon. Justice Kawu who also backdated his judgment to a time when the suit had not been filed,” the petition read.

“That as a matter of fact, no proceedings took place between October 19, 2018 till April 11, 2019 as all the processes were falsified with the active connivance of Hon. Justice Bello Kawu”.

They claimed that the whole charade was done in September 2019 which justified why the beneficiary of the judgment did not take any step to be sworn in at the June 11, 2019 swearing-in of 109 senators of the 9th Senate of Federal Republic of Nigeria.

The YPP however called on the NJC, “to investigate with the aim of sanctioning the judge over alleged act of misconduct”. 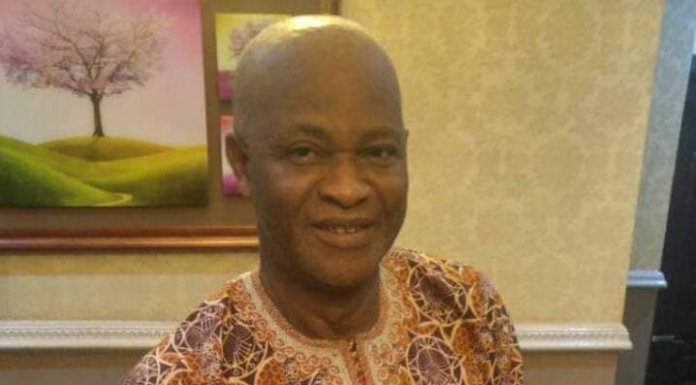