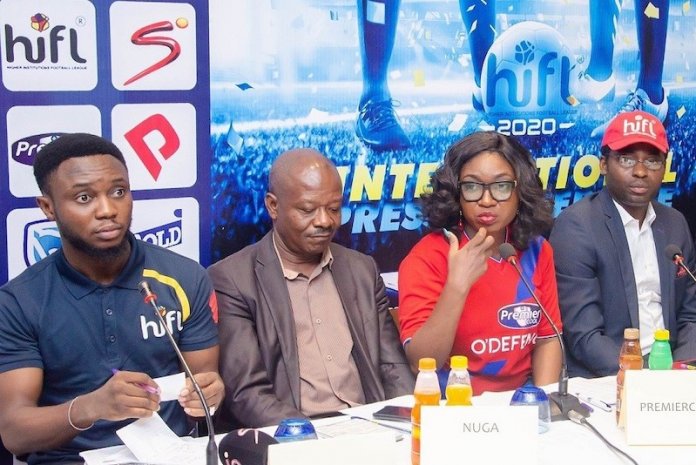 Premier Cool, one of the flagship brands of PZ Cussons has renewed its sponsorship deal with the Higher Institution Premier League (HiFL) for yet another season.

The last edition of HiFL was boosted by the sponsorship of Premier Cool, in line with its commitment to developing the social touch-points of its target audience.

Speaking at the press briefing to unveil plans for the 2020 edition by PACE Sports and Entertainment Marketing, organisers of the novel Higher Institutions Football League (HiFL), Brand Development and Activation Manager, Premier Cool, Eniola Ogunlade, lauded the coordinators for a perfect execution of the league.

Ogunlade described the development of the HiFL as amazing, which explains the reason Premier Cool is glad to be part of its history.

“For us at Premier Cool, the Higher Institution Football League has lived up to expectations and we are proud to be identified with the brand. This year, we are once again happy to announce the renewal of our sponsorship deal with HiFL.

“In the last two seasons of the Higher Institution Football League we have seen and are proud to be a part of the emergence of several stars like, Ebuka Odenigbo of Kano Pillars, Emmanuel Ogbolee of Nasarawa United, and Osas Imade of Bendel Insurance amongst others.

“We are confident of the numerous talents that are yet to be discovered in our various campuses and so we are encouraged to provide opportunities for these talents to grow and express their abilities to a teeming population and scouts for possible career advancement,” the Premier Cool official noted further.

Ogunlade pledged that Premier Cool will continue to support laudable sports and youth development initiatives, such as the Higher Institutions Football League while creating remarkable impact in the lives of the Nigerian youth with sports as the enabler.

Premier Cool in partnership with Manchester City Football Club, sponsored the first of its kind ever Coaching Clinic for Collegiate Coaches in Nigeria and in the history of the league. Most of the coaches that participated in the capacity development session benefited from the programme.