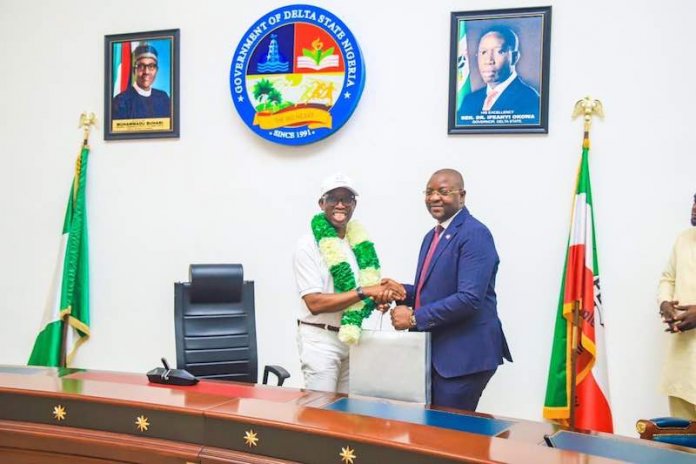 The Adopt-an-Athlete initiative of the Federal Ministry of Youth and Sports Development under the leadership of its Minister, Mr. Sunday Dare, has continued to attract more private and public sector partnerships.

The latest of such is the Governor of Delta State, Dr. Ifeanyi Okowa, who has opted to sponsor six Olympic-bound Nigerian athletes.

This multiple adoption has become the single biggest boost to the campaign of the ministry to seek support for Nigeria’s athletes to the 2020 Olympics in Tokyo.

The governor was recently decorated with an award of honour for his support for sports development.

The state had before now hosted the Africa Senior Athletics Championship in 2018 and the qualifying series of the Super Eagles as well as the country’s male Olympic team under Imama Amapakabo to mention but a few.

The state also remains at the forefront of sporting excellence in the country emerging overall champions in the last sport festival held in Abuja.