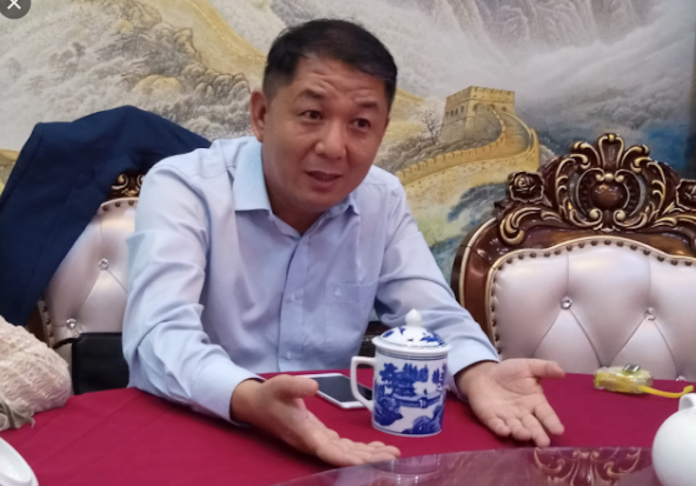 The management of the Huafei Chinese Restaurant, Victoria Island Lagos has denied any wrongdoing in the allegation of discrimination against Nigerians in its service.

It also called on the Federal Competition and Consumer Protection Commission (FCCPC) re-open its business premises it sealed up and tender an apology to it for taking an action that is unfair to it and negatively affecting its business and reputation.

In a press statement signed by media consultant to the Huafei Nigeria Limited, owners of the Huafei, Ikenna Emewu said the allegation which the Director General of the FCCPC, Mr. Babatunde Irukera, twitted on his twitter handle that has been generating negative responses against Huafei was done in absolute bad faith.

He argued that the commission would have been fair to the company’s interest to follow the proper process and grant the management of the company fair hearing before any action.

He added that that what the FCCPC did was taking action against someone in a premeditated manner, saying that it deserve to be heard and the right to defend itself before the punitive action.

The statement reads: “We would want to bring to your attention and that you help us inform all Nigerians that the Federal Competition and Consumer Protection Commission (FCCPC) sealed up our business premises, the HUAFEI Chinese Restaurant and business premises on 33 Aboyade Cole Street, Victoria Island Lagos on Saturday, March 14, 2020

We also want to let Nigerians know that the allegation that we discriminate against and refuse to serve Nigerians or reject their business patronage is totally wrong and absolute falsehood.

“The claim by the FCCPC is unfounded and just malicious to destroy our business interest in Nigeria.

“For the records, prior to the punitive action, no operative of the agency, a known federal government commission that should follow procedures and know what fair hearing means ever approached the management of the business for response in case it got any complaint about the business place.

“We think the most appropriate thing is that the FCCPC would have written or summoned us to defend whatever allegation against us before sealing up our business premises.

“To start with, the name oif the business place or restaurant is HUA FEI and the two words in Chinese means CHINA-AFRICA. That is also the business name of the operators of the restaurant. That in the beginning implies that the owner of the business, Mr. Liu Changan, popularly known in Nigeria as Chief Ronnie Liu is one that has respect for Africans, Nigerian and all human beings and has no discrimination intention against anybody the reason the company name has AFRICA in it.

“We later heard from the manager of the restaurant that some days ago, some two Nigerians came to the restaurant and asked to be served, after we handed them the menu, they looked through it and left. We concluded they possibly didn’t recognise the food or what to order.”