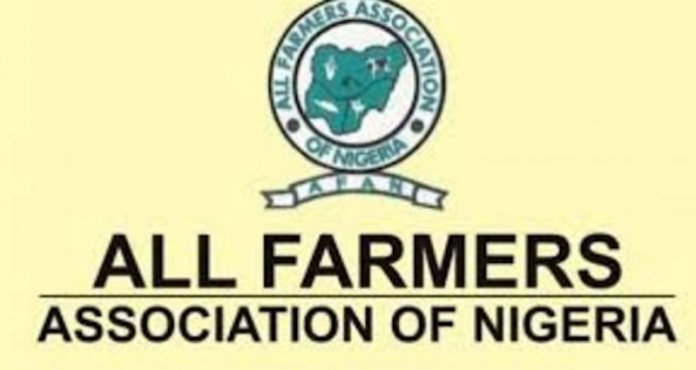 The All Farmers Association of Nigeria (AFAN), South-west Chapter, has called for the immediate dissolution of a caretaker committee constituted by the AFAN’s Board of Trustee Chairman, Retired Admiral Murtala Nyako.

Its Chairman, Fale Oke, made the call at a news briefing in Lagos yesterday.
Oke said that the South-west Chapter of the association was not carried along in the process and therefore, would not support or recognise the caretaker committee.

Also, AFAN bemoans as prices of sesame, hibiscus crash in Jigawa.
He said the South-west Chapter was not in support of the action of the BOT chairman and the purported dissolution of the national executives of the association without due consultation.

According to him, it was with utmost dismay that we received the news through social media on the dissolution of duly elected national and state officers of our able association, AFAN, by our BOT chairman.

“At meeting of the National Working Committee (NWC) held recently in Abuja for the conduct of national executives, a request was made to nominate members to act on electoral committee from the six geopolitical zones of the federation.

“However, states have already conducted their elections, leaving only five states remained due to nonpayment of election fees to the national body of AFAN,” he said. Oke said that none of the stakeholders was carried along, except members that were expelled for non-performance in their various states.
“We, therefore, seized this opportunity to appeal to our BOT chairman to reverse his decision and embrace other BOT members, including the stakeholders in AFAN.

“This move will allow us to enjoy the agricultural agenda of the present administration,” he said.
Also, the National President of AFAN, Malam Kabir Ibrahim, decried the dissolution of the national executives without due process.

Ibrahim said this in a letter he addressed to the Chairman, House of Representatives Committee on Agriculture, Rep. Muntari Dandutse, (Agricultural Production and Services), which was made available to journalists in Lagos.

He urged the House Committee chairman to wade into the situation and save the truncating agricultural agenda of the federal government.
“We write to inform you that our national executives has been unconstitutionally dissolved and a caretaker committee has been inaugurated by the chairman BOT without querying us or hearing from us,” Ibrahim stated in the letter.

He said, in conformity with the dictates of the association’s constitution, the union has been conducting elections from the wards, local government area to the state chapters of AFAN since July, 2018.