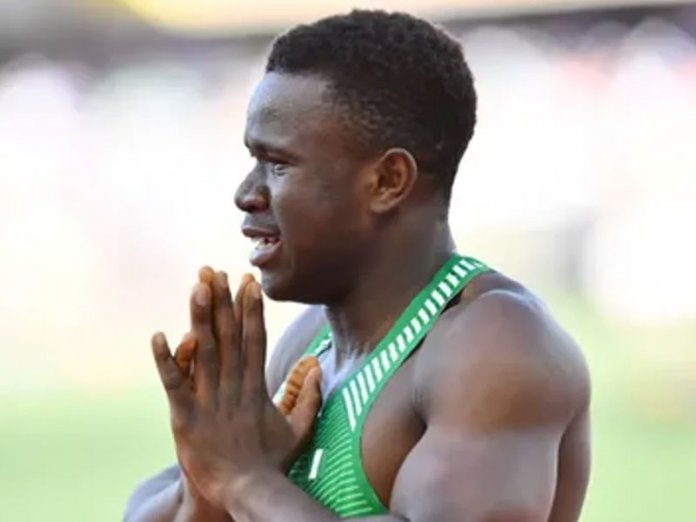 Adegoke emerged winners in the 100m race at the Akure All Comers competition last month and the Ekiti Classics at the start of March and the 20-year old who celebrated his birthday at the start of this week wants to make it a hat-trick of wins in Benin to lay down the gauntlet ahead of the athletcs event of the 20th National Sports Festival which starts later this month.

The meet in Benin is designed to test run the brand new tartan track at the ‘brand new’ Samuel Ogbemudia Stadium ahead of the Festival and Adegoke, the fastest home-based athlete in the last two years will have to contend with perrenial rivals Jerry Jakpa, Emmanuel Arowolo and Alaba Akintola who will be looking to upstage him. Also on the prowl to cause what would definitely amount to an upset are Uremu Idjesa and Ogho-Oghene Egwero who have have impressed so far this term in the local athletics circuit.

While the battle for the top spot will be among as many as six sprinters, all eyes will be on three women in the 400m event as the duo of Favour Ofili and Praise Idamadudu will have to be super ready for ‘old war-horse’, Patience Okon-George who will be making her debut in the circuit this season.

Ofili and Idamadudu got the crowd on their feet in Ekiti a forthnight ago when they ran neck-and-neck in the quartermile race at the late Kayode Oluyemi Stadium with the former winning by the narrowest of margins (52.54 and 52.55 seconds respectively).

Ofili, the national leader in the event last year with the new 51.51 seconds personal best she ran at the World Athletics Championships in Doha, Qatar won the race but will have not just Idamadudu who just returned to competitive track and field action after an unjust ban and Okon-George, a member of Nigeria’s bronze winning 4x400m relay team to the IAAF World Relays in 2014 to contend with.

Another event that will surely get the crowd emotionally charged is the women’s 400m where Joy Udo-Gabriel will be hoping to get back to winning ways after faltering in Akure and Ado Ekiti in the past one month.