Former Emir of Kano, Malam Sanusi Lamido Sanusi, thursday failed to attend the 14th convocation ceremony of the Nnamdi Azikiwe University, Awka, Anambra State, where he was billed to be conferred with an honorary Doctoral degree by the university.

Sanusi was last Monday removed as the Emir of Kano by the Kano State Government, and banished to Nasarawa State, where he was taken by security agents.
Ironically, on the same day Sanusi was removed as emir, the Vice Chancellor of the Nnamdi Azikiwe University, Prof Charles Esimone, briefed journalists on the choice of Sanusi and two other persons for the conferment of honorary doctoral degrees in various fields.

Esimone, while speaking on the choice of Sanusi for the award, said: “You do not just choose people for honourary Doctorate, you have to consider their contribution to education, particularly the institution.

“I can tell you that Sanusi has contributed a lot to education in Nigeria and to this institution. It was while he was the governor of the Central Bank of Nigeria (CBN) that most structures in this institution were erected, through his efforts.”

THISDAY reports that there were high hopes in the university yesterday that he would grace the convocation ceremony for his honourary degree, however, sadly, his picture and that of two other honourary degree recipients, Mr. Innocent Chukwuma and Dr. Daniel Chukwudozie, adorned some parts of the university.

Chukwuma, the chairman of Innoson Motors, a vehicle manufacturing company in the state, and Chukwudozie, chairman of Dozzy Group, were awarded doctor of industrial engineering and doctor of commerce respectively.

However, there was no representative for the former Emir Sanusi, and the proposed honorary doctoral degree to be conferred on him was therefore suspended.
The Vice Chancellor of the university, Prof Esimone, cleared the air on the absence of Sanusi, saying the conferment of the honourary degree on him has been moved to the next convocation ceremony.

Meanwhile, President Muhammadu Buhari has commended the vice-chancellor of the institution for keying into the annual convocation plan of the ministry of education, early in his tenure.

President Buhari, who was represented by the Executive Secretary of the Nigeria Universities Commission (NUC), Prof Abubakar Rasheed, said: “We congratulate your emergence as the vice-chancellor, and we promise that we will continue to provide the enabling environment for education to flourish in the country. I reiterate my administration’s resolve to place great premium on education.”

He commended the honourary degree recipients, saying they are men of high standing, who have made great contributions to the economy of the country.
“I call on them to see the honour accorded them as a call for greater service and to work with the government to achieve a greater Nigeria,” he added. 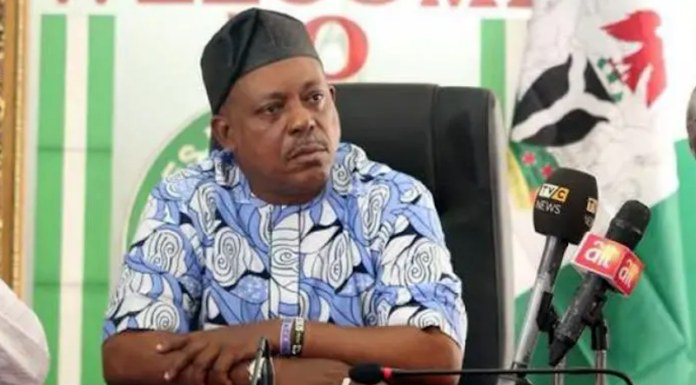