Feelings aside, there are some key considerations that we all need to do about naming our collective assets, be they buildings, institutions, roads or street and with your recent bill, Kwara State now willingly or unwillingly offers a good case to study.

Let us start from the simplest of all lessons: Finance for rebranding.

Before going into the merit of the name change, Iet us ask you some simple questions: In your decision to change the name of that university, did you consider the cost of doing so? Did you and your fellow honourable members of the house calculate how much it will cost to change signposts, signage, letterheads, stamps, logos and even repaint cars and buildings into the new name? Did you consider what else could be done with such an amount to meet existing need of students, staff and the university generally? Did you and your colleagues in the house check to see if the required amount is available in the coffers of the university or where you intend to get it from? A law is called a bill also because most times it requires financing; so please when talk about bills, let us remember to talk about money.

From all indications, when in 2017 the then Governor Abdulfatah Ahmed decided to rename a university he did not build nor had dramatically funded, he did so without consulting anybody, at least, not formally. A proper consultation and debate wherein reasons are brought forward and options weighed would have left us with documented, justified and articulated positions from opponents of the change of name and eventual opponents of such change. An immediate consequence of such process would have been the ethical and symbolical recognition of the supremacy of reason over whim as well as showing the world that the governor understands that the state university like every state building, institution, road or street belongs to the commonwealth and cannot just be changed without justification and consent of all or at least a majority.

There is also a functional lesson here from Kwara for all: A detailed, robust consultation and debate would have laid in stone reasons for naming the university Saraki University instead of something else or after someone else and removing such name today would have become at least more difficult if not impossible.

The new name changers under your speakership have not done awfully better, just like those before them, those at the helm of affairs in Kwara today have not taken their time to explain what is wrong with the current name of the university; they like their predecessors have not shown us what other alternatives they considered before choosing the name they choose.

Changing the name of a university twice within two years should certainly tell all right-thinking people that there is something wrong with the way we manage the naming of our buildings, institutions, roads or street.

From this back and forth in Kwara, it seems rather clear to me that we need to put in place rules and processes aimed at guiding how we name our public spaces and institutions.

Many do not consider it as so grave, but I have news for you: Naming of public spaces is their nearest thing to deification or sanctification in modern secular societies. A big lesson from Kwara is that we should not leave things like the these to the whims or even discretion of politicians.

It is my personal view that amongst truly civil free citizens, the honour of being immortalised with resources of the commonwealth should be reserved to martyrs of the republic, innovators, inventors, and people of outstanding talents like artists, artistes and athletes. We can even use dates of significant events. Everyone should be able to aspire to such immortality based purely on measurable merits. Elected and nominated public office holders should be excluded from such honours because regardless of their performance, they will always have a place in history. If we exclude the influence of greed and an exorbitant ego, a place in history is enough for any human being.

*Prof. Kila, Centre Director at CIAPS can be reached at @anthonykila 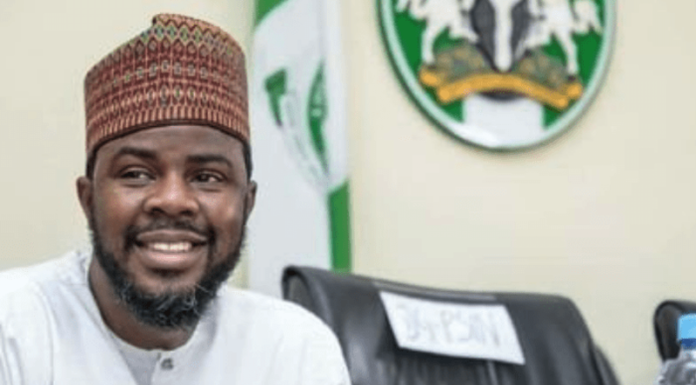