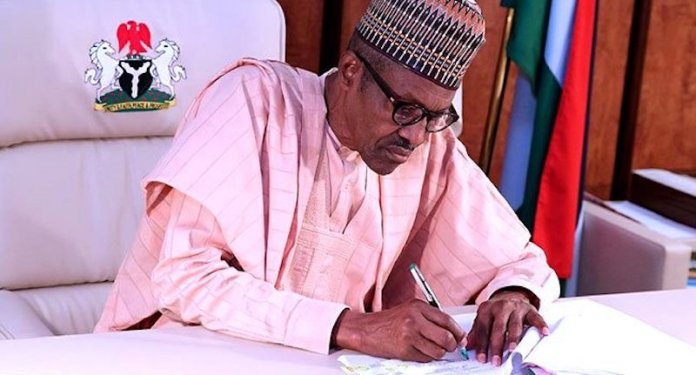 President Muhammadu Buhari has forwarded a bill to the Senate for the total exemption of animal feeds from the new 7.5% Value Added Tax which took effect from February 1, 2020.
This is just as the Senate yesterday mandated four of its 69 committees to liaise with the Executive over the international oil price that has crashed from 57 dollars used to prepare the 2020 budget to 31 dollars.

The President, in a one-page letter dated March 6 and addressed to Senate President, Dr Ahmad Lawan, and read at yesterday’s Senate plenary, had sought the approval of the upper chamber for the exclusion of animal feeds in the Value Added Tax jerked up from five percent to 7.5 percent.

The President’s letter entitled: “Transmission of the Finance Act, 2019 (Amendment) Bill for Consideration and passage into law”,
was received at the National Assembly yesterday morning and read to the hearing of the Senators present by Lawan after the adoption of the votes and proceedings of Thursday, March 5.

The letter read in part: “Pursuant to Sections 58 and 59 of Constitution of the Federal Republic of Nigeria1 999 (as amended), I formally request that the Finance Act, 2019 (Amendment) Bill, be considered by the Senate, for passage into law.

“This Bill seeks to amend the Finance Act, 2019, as recently passed by the National Assembly, by clarifying:
That the administrative effective date for the increase in Value Added Tax from 5%
to 7.5% is the 1st of February 2020;
That “Animal Feeds are included in the list of Basic Food ltems that are exempted from Value Added Tax; and
Aspects of the tax holiday incentive for agriculture, by targeting this incentive to
small and medium sized companies that invest in primary crop, livestock, forestry
and fishing agricultural production. This incentive is also to be administered by
Nigerian Investment Promotion Commission pursuant to the Industrial
Development (Income Tax Reliet) Act.

“While I trust that this Bill will be favourably considered for passage into law by the National Assembly so as to support the implementation of the 2020 Federal Budget, please accept, DIstinguished Senate President, the assurances of my highest consideration”.
The Senate had on November 21, 2019 passed the Executive Finance Bill which was sent to it earlier that month by the president for consideration amid controversy over the 50 percent increase in Value Added Tax (VAT) from five per cent to 7.5 per cent.

The passage of the bill came two days after the upper legislative chamber held a public hearing on the Bill where stakeholders including oil producers, Manufacturers Association of Nigeria (MAN) and Institute of Chartered Accountants of Nigeria (ICAN) objected to some of its provisions.

Also yesterday, the Senate set up a joint committee to engage the Executive arm of government on measures to be taken to insulate the Nigerian economy against the impact of the sudden crash of crude oil price globally.
This was sequel to a point of order raised by the Senate Leader, Senator Yahaya Abdullahi, over rising concerns on the spread of the dreaded Coronavirus (COVID – 19) disease which has led to the crash of several markets across the world.

Abdullahi had earlier prevailed on the Senate in view of the price crash of crude “to hope for the best but prepare for the worst.”
According to him, “Our committees should be prepared, so that whatever happens, we hope this crisis does not last for long, but if it does, we have to be prepared.”

He asked the joint committee to come up with workable strategies that will be harmonized with those of the Executive arm of government with a view to stemming the impact of the oil price crash on the economy.
The Senate president, thereafter, constituted the joint committee to include: Senate Committees on Finance; National Planning; Appropriation, and Petroleum (Upstream).

Lawan, in his remarks, said: “The issue of the current situation affecting the entire world, and the second we are suffering from today is the crash in the price of crude.
“We passed the Fiscal Strategy Paper and MTEF, and subsequently the budget, on the benchmark price of $57 per barrel. Today, that price has crashed to $31 USD or there about, and we don’t know where this will stop and of course, the economy of our country depends rightly on the export of crude.

“Now, this is a real situation that is starring us in the face. As a parliament, we need to be proactive and up-to-date with the situation, so that we are also able to take a decision when it matter for us to do so.”
“Therefore, I will suggest here, that in order for this Senate to be proactive and to protect whatever will be the situation for Nigeria to implement the budget in a way and manner that will positively affect the lives of our citizens, we form a joint committee.

“This Joint Committee will continue to engage with people in government, as well as people outside of government, so as to be abreast with all necessary information. The committee will engage with the Ministry of Finance and National Planning, and any other Ministries that you feel you need to have engagement with for you to have information,” Lawan said. 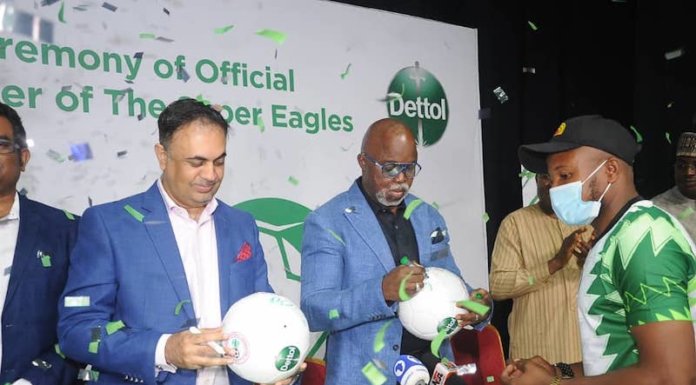