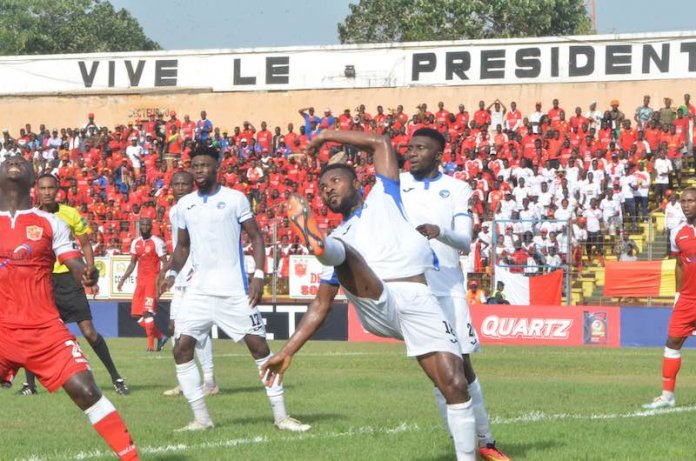 Enyimba Football Club have crashed out of the CAF Confederation Cup after falling 2-0 to Guinean side Horoya AC in the quarterfinal second leg at the Stade du Septembre 28 on Sunday evening.

The Nigerian side were aware of the task at hand after failing to take first-leg advantage in Aba seven days earlier, and strikes from Bolaji Sakin and Boubacar Samassekou complicated matters for the Nigerians who were seeking their second semifinal appearance in three years.

The People’s Elephant were far from their best and fell behind in the twenty-eighth minute when Sakin found the far post from the edge of the box.

Boniface Haba came close to doubling Horoya’s lead on the hour but fired over from close range, before watching his strike rattle the bar six minutes later.