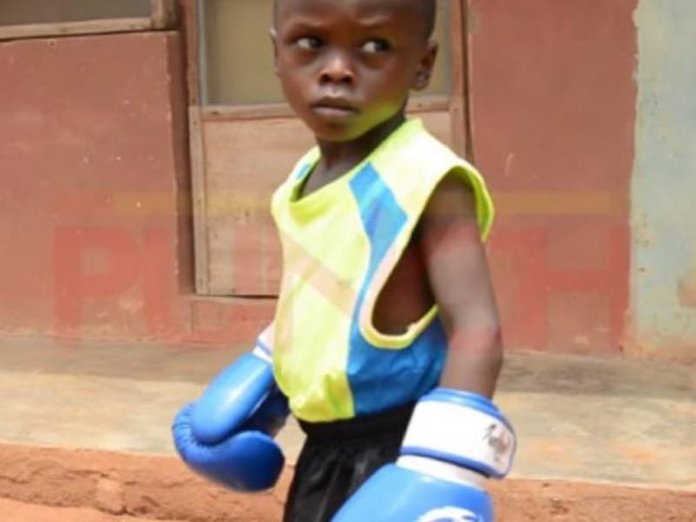 In line with his avowed mandate of discovering young talents and nurturing them to stardom, Youth and Sports Development Minister, Mr. Sunday Dare, has offered scholarship to five-year old boxing sensation Ayomide Adeyemo.

Dare’s grassroots development agenda drive has led to the discovery of the young boxer, Shekinat, a swimmer nicknamed ‘Fish’ and the Yakubu Sisters dubbed the Nigerian version of the Williams Sisters (Serena and Venus) for their prowess on the tennis courts.

Dare who refers to himself as the ‘Chief Talent Hunter’ said he was moved by a viral video of the young talented boxer .

“Sequel to the viral video of a talented baby boy boxer on the PUNCH Newspaper’s social media pages, I will be putting the baby in a boxing academy for further growth and also sponsor his education. Some financial stipends will be given for the upkeep of the lad as well,” observed the minister at the weekend.

The five-year-old Ayomide is so talented that he could be a future Olympian as he would be properly groomed and monitored .