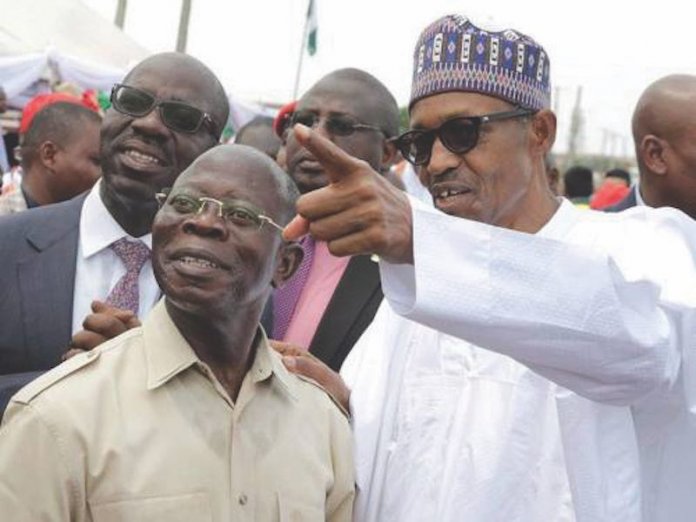 The ongoing survival faceoff in the All Progressives Congress party is not alien to the political evolution of this country and in this too, the battle line is drawn between Adams Oshiomhole and those who want him out, writes Chuks Okocha

History has a way of repeating itself in different ways. It has been said in the past and it is repeating itself again. The embattled National Chairman of the All Progressives Congress (APC), Adams Oshiomhole, last week, joined in the chorus, ‘No one can remove me except God or the national convention’.

It appears to be walking a familiar way. A former National Chairman of the Peoples Democratic Party (PDP), Alhaji Bamanga Tukur was once quoted that not even President Goodluck Jonathan could ask him to resign from his position except the national convention of the party. But Nigerian knew what happened afterwards. This is the road Oshiomhole is currently traveling.

At a National Executive Committee (NEC) of the PDP, then President Goodluck Jonathan brought out an envelope from his pocket and said that the then national chairman, Tukur has handed him his resignation letter. He went on to commend Tukur for serving the party and later held Tukur’s hand and walked out of the NEC. Yet no one could remove him.

Going down history in the PDP, except Dr. Ahmadu Ali, who completed his tenure as national chairman of the PDP, others were shoved aside depending on the circumstances that presented themselves.
For instance, from its pioneer chairman, Solomon Lar, to Barnabas Gemade, Audu Ogbeh, Ahmadu Ali, Vincent Ogubulafor, Okwesilieze Nwodo to Mr. Tukur, only Ali served out his tenure and stepped down without rancour. It was a far-reaching career attainment replicated by no other chairman in PDP’s 16-year old troubled existence as a party.

What is not clear is whether the now ruling party, APC is toeing the way of the PDP to edge out its national chairman like the PDP did in the past. It all started with the states chairmen of the party passing a vote of no confidence and followed by others instituting a court processes to ease the embattled chairmen out. All these are repeating themselves gradually,
In the ensuing drama, the President, being the leader of the party plays the joker or the last card as otherwise known. His position is seen as standing for the general good of the overall interest of the Party.

The President as the case may be doesn’t come out to douse the fire once the heat is on. And it is not expected that President Muhammadu Buhari would do anything different as he would have done since the crisis became public.
Thursday last week, Oshiomhole was at the presidential villa to inform the president of his suspension by the federal high court in Abuja and it was reported that he did not take action like summoning a meeting of party elders to discuss the crisis and neither can the President claim to be oblivious of the crisis at its developmental stages.

If the plots hatched at the December 2019, National Executive Committee (NEC) meeting of All Progressives Congress (APC) had gone according to plans Oshiomhole would have been history. That NEC meeting could be described as a great relief for Oshiomhole.
The presence of President Buhari at the NEC could also be seen as his escape route. With Buhari’s presence at the meeting, many saw it as an indication that the party was not ready for any leadership change, at least not at that time.

Before the NEC meeting, the nights of the long knives could have signaled the end of the reign of Oshiomhole.
Chairman of Zamfara State APC, Lawal Liman was positioned to move the motion that would bring Oshiomhole to an end. But aware of this, he (Oshiomhole) brought the meeting to an abrupt end, when President Buhari left. He immediately called for an adjournment, thus moving the plot off the feet of his traducers.

Many political watchers believe that what happened in December 2019 was merely postponing the evil day for the eventual sack of Oshiomhole as there are still dangers ahead. It was not surprising that those after him changed tactics and moved to the court.

The Grouse against Oahiomhole
The bone of contention is the 2023 presidential election and many see Oshiomhole as a threat to their ambition. This danger, it was gathered, is not unconnected with the body language of APC stakeholders who accused the embattled national chairman of positioning himself for a possible vice presidential ticket to a governor from one of the northern states.
This perceived moves of Oshiomhole brought him enemies, as the APC governors from the Southwest believed that if not checked could thwart the moves to have the presidency down to the zone. The arrowhead of this is one of the Southwest governors, who is said to be eyeing the presidential ticket of the APC in 2023.

Another issue that is counting against Oshiomhole is his feud with the Edo State, Godwin Obaseki. The APC governors’ forum like the PDP governors forum operates like a cult. There is the belief among them that an injury to one is injury to all.
To this end, the supremacy fight between Oshiomhole and Obaseki has put the ambitions of second term governors of the ruling party into jeopardy as they see him as a common enemy.

They believe that if the national chairman was allowed to have his way in the fight with Obaseki, it could embolden Oshiomhole and would be to their detriment in the contest for 2023. So, to them, Oshiomhole for whatever reason must be stopped.
Another reason he is wanted out is the accusation that the national chairman was ignoring President Buhari’s admonition that the party’s organs at the state, local councils and ward levels be strengthened and accorded due respect in accordance with the powers and responsibilities conferred on them by the party’s constitution.

They also alleged that the tenets of internal democratic practices has taken a downturn, principally due to the dictatorial and despotic tendencies of Oshiomhole, who they said has usurped the powers of APC’s NEC.
Oshiomole is accused by the governors in the party of breathing down the neck of one of them and therefore must be resisted. The former governors of APC are not sparing Oshiomhole either.

The Zamfara State chairman of APC, Liman did not mince words on the fate that will befall Oshiomhole, when he said, “Most, unfortunately, the facade conducted by the National Chairman today, the 22nd of November 2019, at a NEC meeting, leaves much to be desired. He completely ignored Mr. President’s advice and rather defied all known rules for meetings by precluding contributions from members and ending the meeting abruptly without achieving anything. This is most unfortunate and undesirable.”
A pointer to the fact that the APC governors were behind the ordeals of Oshiomhole was the deliberate refusal of the Progressives Governors’ Forum to sack the Director-General, Salihu Lukman, for demanding at different times, the resignation of Oshiomhole if he failed to convene a National Executive Council meeting.

Lukman has remained a thorn in the flesh of National chairman with his criticisms without a word of caution from the governors. It is simply seen as the voice of Jacob and hands Esau.
So far, Oshiomhole has allegedly identified those behind his ordeal. He was quoted as saying, “The Minister working against me is none other than Rotimi Amaechi. I helped him but he stabbed me in the back. I recognised his faction of the APC against that of Senator Abe and today, he is leading a war against me.

“Kayode Fayemi is one of the leading Governors working against me. I helped him secure party tickets for all his loyalists even though Segun Oni and Babafemi were my good friends. Governor El-rufai is also one of those working against me. He and Fayemi have been using One Salihu Lukman to insult me despite all I did. That Elrufai was one, who came to me crying to help him get rid of Senator Shehu Sani and to replace him with his boy, Uba Sani and I sacrificed my comradeship with Shehu to please him.

“Godwin Obaseki couldn’t have even become a councillor if not for me. This is an open story. I’m a fighter and he will pay for his disloyalty. I made him and will unmake him. As for Bagudu and Badaru, they know how I helped them and they will all suffer the consequences for their actions. Their Court ambush will not work. I remain the Chairman of APC and we have filed a stay of execution.”

Two courts of equal powers and jurisdiction have given contrary orders – one ousting Oshiomhole and the other restoring him to office. Which court order will prevail? Which order will the embattled National Chairman obey? Nigerians are watching.

But one thing is clear – Oshiomhole will not go down without a fight. The unionist in him will certainly play out. And that fight will certainly not be in the interest of APC. This may explain why many kept saying that APC might collapse before 2023, as what glued it together may not be there by 2023. 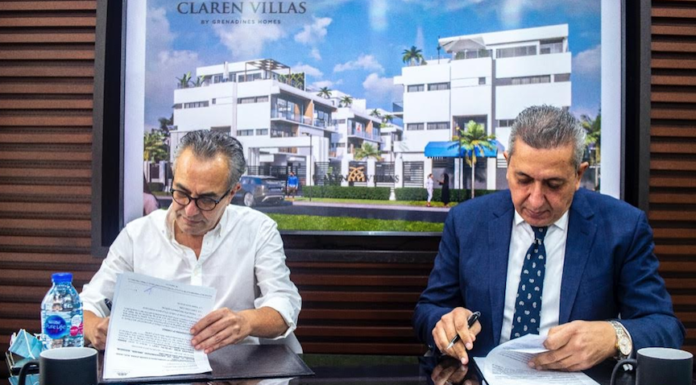