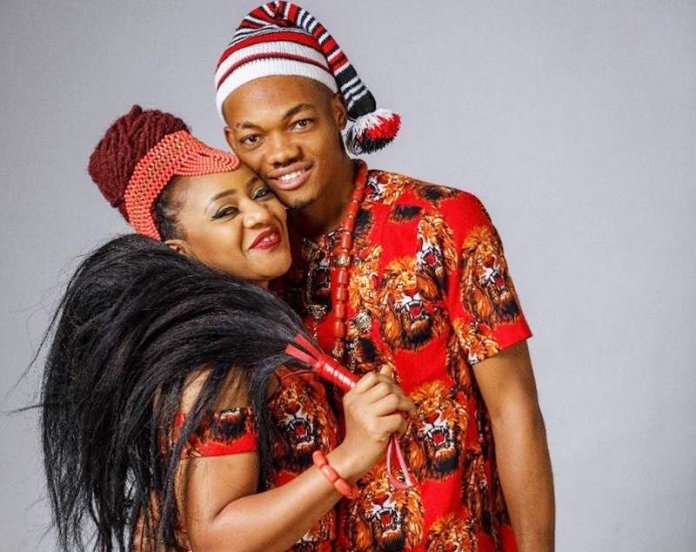 Twenty-one days after its debut, the Ultimate Love reality TV show has delivered its first check-out, with the first Love Guests – Michael and Cherry (Micherry) becoming the first couple to be checked out of the Love Pad having scored the least number of votes. With that, both kissed goodbye to the opportunity of winning the show’s ultimate prize.

The Love Pad has been buzzing with activities with the Love Guests performing various tasks such as the dramatisation of both the Asha Festival of the Ikorodu people of Lagos State and the traditional marriage rites of the people of Enugu. But these, unsurprisingly, have not set their pulses racing anywhere near the nomination exercise for the check-out; an edge-of-the-seat momentfor both the Love Guests and viewers.

The fear of being nominated and experiencing a possible check-out on Sunday has pitched couples against one another and has led to the emergence of cliques. For example, the couples: Obichukwu, Ebiteinye, Roskie, and Meriton seem to be in one camp, while PreshDavid, JayKech, Double Chris appear to be in another. The strength of these alliances will be known as the show progresses.

Back to finding love, Aunty (Adesuwa Onyenokwe) created a “Love Nest”, a separate room in her Love Pad, to assist couples’ bond better.

The couple to go into the Love Nest is selected after winning a competition chosen by Aunty. So far, three couples have had access to the Love Nest with the first being Bolar (Bolanle and Arnold), followed by Iykeresa (Iyke and Theresa) and the current occupants are PreshDavid (Presh Talker and David Wilson).

The Love Nest appears to have worked some wonders on PreshDavid, who now show signs of recovery from the initial awkwardness observed when they became a couple.

Iyke and Theresa (Iykeresa) are also not doing badly as their relationship looks to be growing stronger by the day, while the chemistry between the couples: Obiebi and Jaykech also appears to be blossoming. Although they are already talking about a future together, Jelo(Jenny Koko and Louis), just like any other couple seem to argue over everything from the serious to downright trivial matters.

Chivia (Chiddy Bankz and Sylvia) still appear unable to work out the true nature of their relationship, andthe lack of affection between Double Chris (Chris and Chris Ville) is poorly disguised.

Meanwhile, the Roskie ship is yet to have a smooth sailing, as Rosie was heard to have disclosed to her close friends her doubts over Kachi’s intention for their future, particularly with regards to their bonding and differences over relocation.

Meanwhile, there appears to be some misunderstanding between the duo of Jerry and Meriton aka Jeriton as Meriton appears not convinced by Jerry’s personality. Although Bolar seem to have now ended their seemingly unending arguments and relate better now, Arnold says he still needs time to be convinced about Bolanle’s character.

With all the happenings in the Love Pad, it is apparent that the couples are still getting to know each other and are asking the pertinent questions lovers ask as part of efforts to reach the ultimate destination – marriage! However, they are provided strategic tips on how to strengthen their relationships during their one-on-one sessions with Aunty. Also, the real-world missions carried out by the nominated couples also positively impacts their bond, as seen during the tasks assigned

The coast will become clearer on Sunday, as one or more couples will be checked out during the live show on Sunday.

Fans of the show will find out who among the Love Guests will emerge the ultimate couple and claim the grand prize totalling N5 million, a lavish traditional wedding and ahouse, only by staying tuned to DStv channel 198 and GOtv channel 29.