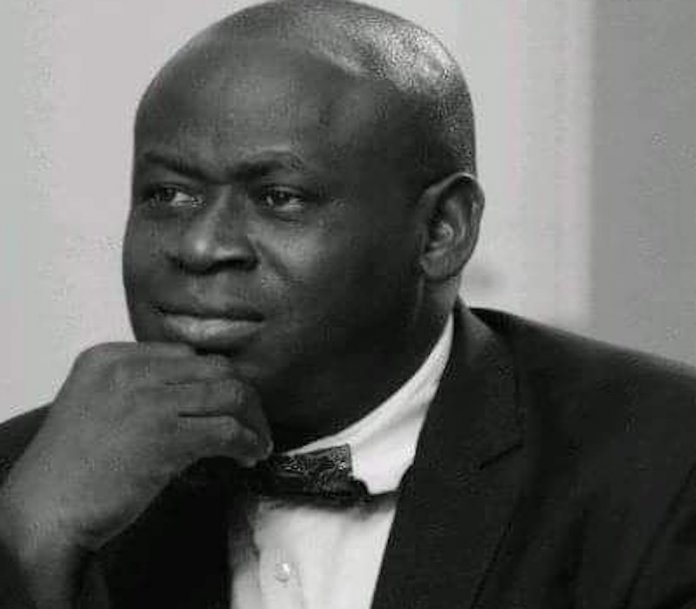 Arich wife is not anything strange or out of place in Africa, South of the Sahara. A woman could be rich as a result of a couple of factors. Firstly, is the financial status of her parents, her academic standing which is one factor that would influence her placements and remunerations and her diligence in the pursuit of excellence in her professional practice. A woman born by rich parents expectedly must have been spoiled a little by her parents with financial and material resources. The question that should agitate the mind of anybody is whether she was trained with good manners. Good manners are what the African man would not throw to the gutters.

Prior to getting married, a woman must have dated a couple of men who must have reacted favourably or otherwise about her disposition to wealth and philosophy towards life generally. In this connection, some boyfriends must have walked out on her if she is arrogant. For this type of women, she should go ahead and marry her biological father who was delinquent in teaching his rich daughter good manners.

There is another category of men, who would conduct themselves with dignity when in a relationship with a rich girl. His comportment is that of a senior brother or an uncle because she receives lessons of life by way of how things should be done with practical examples. This type of men would ask her to save her money for the rainy day and pay for bills wherever they go.

There is yet another category of men, who are otherwise known as gold diggers. They cannot be bothered about what she says and her attitudinal dispositions at every point in time. At the back of his mind, he would like to collect her money as long as the encounter with the rich girl lasts; consequent upon which conditional love was the attraction to her.

From the three examples cited, there is a probability she would end up in the house of the second or third boyfriend, since the first one walked away without an opportunity for taking a chance on a girl perceived as rich but arrogant. If she gets married to the second man who conducts himself with some dignity, who also teaches and shows her how things should be on the altar of good behaviours, she is indeed a lucky girl, who would have married her friend. The Philosophy of comportment with humility would continue in the marriage.

If, however, she marries the third fellow who got attracted to her money, such men usually do not have a defined means of livelihood but are in the business of collecting money from women in the millions to finance an oil and gas project that is neither here nor there. He drives her cars around, carries strange girls and lavishes her money on parasites from the realm of the unknown places. Unfortunately, some marriages are still standing under the influence of a bewitched partner. The woman is just putting up with such husband because the marriage has already produced children consequent upon which she would rather stay with her children who would pay her the dividend of her endurance later in life.

It is against these backgrounds that that this author would like to pitch his tent with the second category where a level headed rich woman is in a relationship. When asked what his reaction would be if his wife were richer, Victor, a Computer analyst was of the view it would not be any issue provided she would not allow her money go into her head and regulate her person negatively.

Rich wives are expected to come to terms with primary obligations and discuss with their spouses on how they could support with the payment of some expenditures. Such women would not do anything to spite their husbands. They would only come in to assist in their capacities as helpmates.

Men in this type of relationship are not only hardworking, they also considerate and responsible. He is from the school of thought that he should perform an obligation towards his wife as a bread winner, a husband and the father of her children. When such men are financially constrained, they would not be in a hurry to jump at his wife’s bank accounts as another source of income. He would in fact feel bad that he is resorting to his wife’s money as an alternative to solve a problem.

Women in this category would watch her husband with a high level of appreciation pay her children school fees, weekly feeding allowances and her own upkeep as a wife. Such women are advised to propose investment in health insurance, Pension Fund Scheme and housing project. All these investments would be there for them when they grow older. Yes, your wife could be richer, but humane, responsible and level headed. We want many of such women to lift up the institution of marriage.

Be diplomatic with in-laws, you will meet them again
At the point you made up your mind you would get married to the fellow with whom you have been going out, you will come one on one with the reality to get serious with some persons you came across during the days of courting your spouse. The category of people is otherwise known as in-laws. In Africa, South of the Sahara, the bride spends time with her mother in-law at the kitchen to prepare meals for her husband and father in law, while the groom helps his father in-law fix some masculine related issues in the house. During this period, however, it would be difficult to situate who is relating as a product of a disciplined background or who is pretending with a view to be in the good books of the parents in law.

By way of a ground rule, couples are advised that parents in-law occupy the position of their biological parents; hence they should be treated with some caution and respect. What you want for your parents are the things you should do to them. There would be opportunity for execution of projects where you would deploy personal initiatives backed by sound wisdom. There would also be times for argument; be reminded you are not of the same age with your in laws hence, you are unlikely to be on the same page with them on some subjects. Listen to their view points and see what could be relevant for you. Another opportunity will present itself for you to prove a point. They were there when you needed them and hence you should make yourself available especially in the area of subsidising their medical bills and running errands if their biological children were around.

Don’t entangle yourself in siblings’ rivalry. In-laws are usually at the centre as scapegoats to fuel such psychological warfare which started from the womb. You should listen more; weigh the options and the financial implications before getting involved in any project. The finest goal you would always score is to agree with your spouse on every subject from within the comfort of your home before going public.